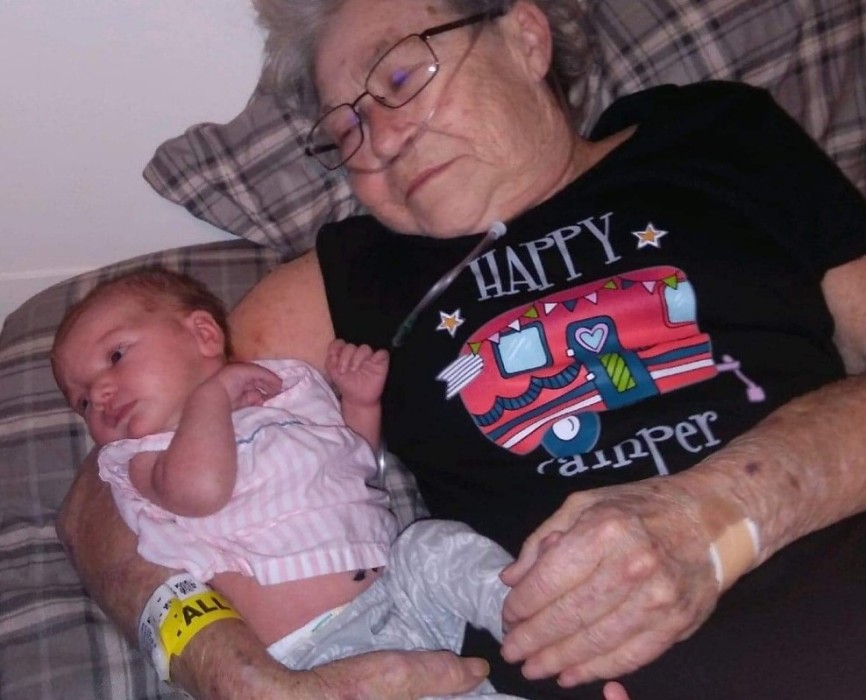 Joan was born on December 8, 1946 in Opp, AL to the late Horton and Nina Odom.  She was employed for many years as a weaver at Westpoint Pepperell Mill.    Joan was a very loving lady who made a wonderful impression on every person she met.  Wherever she went, she was referred to as “Momma” and “Granny” by everyone.  Joan enjoyed making beautiful crafts and cross stitching but her favorite times were those spent with her family. This beautiful and special lady will be greatly missed by all who had the privilege of knowing and loving her.

Other than her parents, Joan is preceded in death by her husband, William Scarbrough, son, Bobby Revells, and great-grandson, Liam Wragg.

In lieu of flowers, donations may be made to the account of “funeral cost Joan Scarbrough” at www.gofundme.com.  Thank you, in advance, for any help you can give.

To leave a condolence, you can first sign into Facebook or fill out the below form with your name and email. [fbl_login_button redirect="https://vancebrooksfuneralhome.net/obituary/joan-jenette-scarbrough/?modal=light-candle" hide_if_logged="" size="medium" type="login_with" show_face="true"]
×