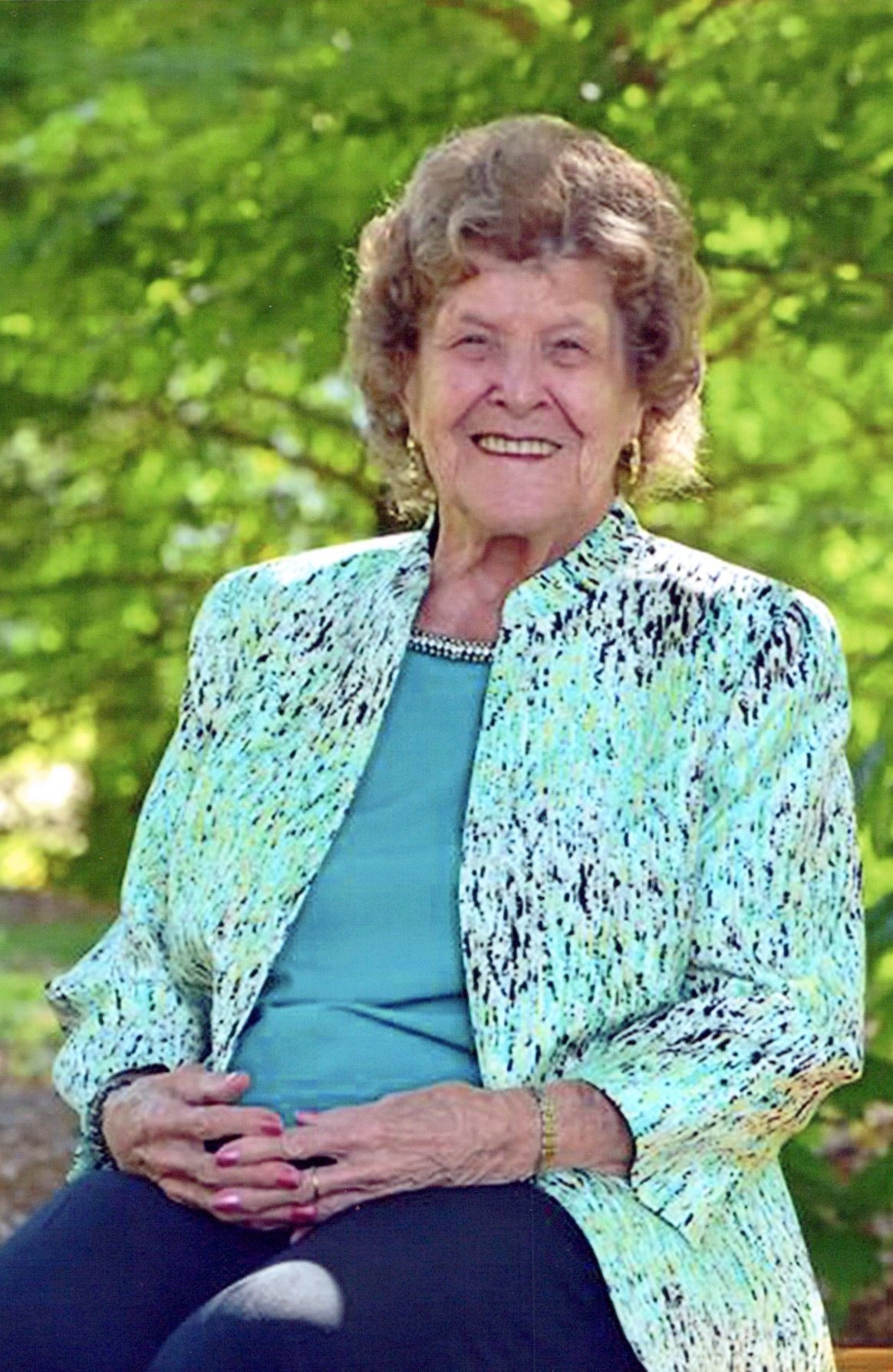 A Rosary will be said at 6:00pm with visitation to follow until 8:00pm.

Johanna Marie Willemsen Thomas, age 95, passed peacefully to meet her Lord and Savior on Tuesday, October 25, 2022, in the presence of her loving family. A Rosary will be said at 6pm, with visitation to follow until 8pm, on Sunday, November 13, 2022 at Vance Brooks Funeral Home in Columbus, GA. A Mass of Christian Burial will be held Monday, November 14th at St. Anne Catholic Church in Columbus, GA at 10:00am. Following the service, friends and family will gather at Ft. Benning Cemetery for internment.

Johanna was born in Little Chute, Wisconsin, grew up in Detroit, Michigan, and moved to Columbus, Georgia in 1956 with her husband’s last duty station at Fort Benning. She was widowed in 1959 by the untimely death of her husband. They were founding members of Our Lady of Lourdes Catholic Church and later of St. Anne Catholic Church. She was an extremely strong and independent single mother and rebuffed the plea of her brothers and sisters to move back to Michigan after her husband’s death. She worked in the Finance section at Ft. Benning in Civil Service for more than 20 years. To augment the income for her and her four children, she was also active in real estate and rental property nearly her whole life. She retired to Lake Eufaula where she enjoyed fishing, boating, and entertaining her children and grandchildren and always had a love for travel.

Johanna was an avid fan of her beloved Atlanta Braves and recently received a handwritten letter and some Braves swag from the Braves Front Office, wishing her well. Even in her declining days, she could always seem to muster the strength to get up to watch her Braves play. We’re all convinced that if the Braves had won the National League Championship and were playing in the World Series again this year…she would still be with us today. She really enjoyed her team winning the World Series last year. They brought much happiness, and sometimes heartache, to her over the years.

Johanna was a living example of her Faith in God, undying love for her family and friends, her generosity to others, and her work ethic. She was unwavering in what she believed in and believed that you had to work hard for what you want. To quote our cousin Patrick, “I just can’t stop smiling thinking of her reunion with all of her sibs. Lord help us all, the Heavens will be shaking with their joy”.

In lieu of flowers donations can be made to St. Anne’s Outreach or a charity of your choice.

To leave a condolence, you can first sign into Facebook or fill out the below form with your name and email. [fbl_login_button redirect="https://vancebrooksfuneralhome.net/obituary/johanna-marie-willemsen-thomas/?modal=light-candle" hide_if_logged="" size="medium" type="login_with" show_face="true"]
×

A Rosary will be said at 6:00pm with visitation to follow until 8:00pm.