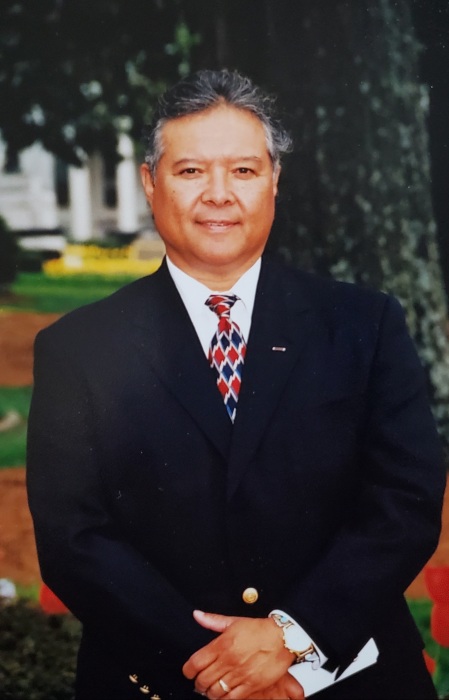 John Guerrero, age 73, resident of Cataula, Georgia, passed away on Friday, July 17, 2020 at Phoebe Putney Memorial Hospital, Albany, Georgia. Funeral services are scheduled at the Chapel of Vance Brooks Funeral Home, 4048 Macon Road, Columbus, Georgia on Thursday, July 23, 2020, 2 p.m. with Father Ronnie Madden officiating. Interment will follow at Parkhill Cemetery. The family will receive friends at the funeral home one hour prior to the service on Thursday, July 23, 2020 from 1-2 p.m.

Mr. Guerrero, son of the late John Guerrero and Adeline Chavez Guerrero, was born May 26, 1947 in Topeka, Kansas. After high school, he joined the military where he served in the United States Marine Corp. During his honorable military service, he served his country in the Vietnam Conflict. During his distinguished military career, he received numerous medals and ribbons including the Purple Heart, Vietnam Service Medal w/2 OLC, Vietnam Campaign Medal w/Device, and the Combat Action Ribbon. After his military service, he began a career with United Parcel Service (UPS) where he faithfully worked for over 30 years.

John Guerrero was a member of Christ the King Catholic Church, Pine Mountain, Georgia where he faithfully served in any capacity needed. John was a man who loved his family immensely and also enjoyed spending quality time talking with friends, and new friends. John had a passion helping others reach their goals. He devoted numerous hours coaching, training, and teaching life lessons to Nick and other kids with baseball.

John was a Kansas City Chief’s fan and enjoyed traveling to college football games in support of FSU Seminoles with Sean. He loved to joke, sing and dance, and genuinely loved making people laugh. The family remembers him as a genuine Godly man, salt of the earth. He is being remembered as a man who always had a smile, someone who truly cared, and the epitome of a family man that loved us and would help anyone that was in need.

In lieu of flowers, the family requests contributions be made to Christ the King Catholic Church, ATTN: Outreach, 6700 GA Hwy 354, Pine Mountain, Georgia 31822.

To leave a condolence, you can first sign into Facebook or fill out the below form with your name and email. [fbl_login_button redirect="https://vancebrooksfuneralhome.net/obituary/john-joseph-guerrero/?modal=light-candle" hide_if_logged="" size="medium" type="login_with" show_face="true"]
×