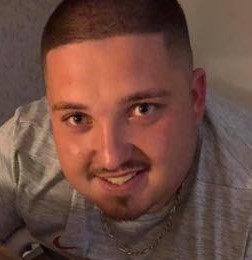 A funeral is scheduled for 2pm Friday, July 20, 2018 at Cascade Hills Church, in Columbus, with Pastor Ronnie Chaney officiating. Burial will follow at Lakeview Memory Gardens. They family will visit Thursday night from 6-8 at Vance Memorial Chapel in Phenix City.

John was born September 4, 1992 in Columbus, GA, to Johnnie Bush and the late Ronnie Smith. He graduated from Smith Station High School in 2011 and was working toward an Associates Degree. John married Chelsea his high school sweetheart in October 2017 and they celebrated the birth of their daughter Reagan just a few days ago. Regardless of how you knew John he was always willing to help. He was hardworking and always wanted to take care of his family.

Other than his father, he was preceded in death by a brother, Chuck Smith, grandmother, Connie Blair “Nanny Bear”, grandfather, John Wall, nephew, Kevin Smith, and special sister-in-law, Ashley Arrowsmith.

To leave a condolence, you can first sign into Facebook or fill out the below form with your name and email. [fbl_login_button redirect="https://vancebrooksfuneralhome.net/obituary/john-morgan-smith/?modal=light-candle" hide_if_logged="" size="medium" type="login_with" show_face="true"]
×