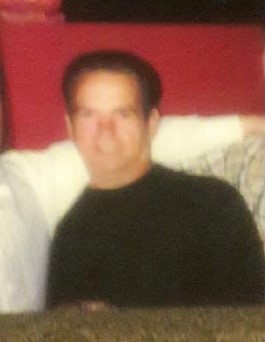 John “Johnny” Walden, age 76, resident of Opelika, Alabama, passed away at his residence on Friday, May 7, 2021.
Graveside services are scheduled on Tuesday, May 11, 2021, 2p.m. (EST) at Fort Mitchell National Cemetery.
Mr. Walden, son of the late Tommy Lawrence Walden and Jessie Marie Stillwell Walden, was born November 20, 1944 in Savannah, Georgia. He was a machinist for the U.S. Department of Agriculture for several years before he retired. Mr. Walden served his country in the U.S. Military, beginning with the U.S. Marine Corps and later retired with the Alabama National Guard where he served honorably until his retirement.
Mr. Walden was Methodist by faith and was a man who loved to build things for people. He enjoyed boating; traveling; watching old class westerns and game shows. Mr. Walden always looked forward to cooking for his family and friends, but most of all he enjoyed spending quality time with his children and grandchildren. The family remembers him as a good husband, father, grandfather, and brother – a man who enjoyed making things for family and friends.
Besides his parents, he was preceded in death by a brother, William Earnest “Pete” Walden; and a sister, Velma Loretta Wilhite. He is survived by his wife of 52 years, Rita Walden of Opelika, Alabama; two sons, Billy Joe Walden and his wife Penney of Smiths Station, Alabama and Charles Edward Walden of Opelika; one sister, Jessie Alice McClure and her husband Dennis of Hampton, Georgia; two grandchildren, Joanna Walden and Aiden Walden; nieces; nephews; other relatives and friends.

To leave a condolence, you can first sign into Facebook or fill out the below form with your name and email. [fbl_login_button redirect="https://vancebrooksfuneralhome.net/obituary/john-walden/?modal=light-candle" hide_if_logged="" size="medium" type="login_with" show_face="true"]
×