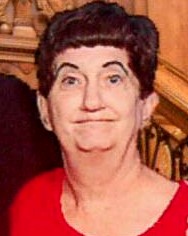 Joyce Holliday Clark, 78, of Smiths Station, AL died peacefully while at Piedmont Columbus, Midtown, Columbus, GA on Wednesday, January 19, 2022.
Funeral Services will be held at 2:00 PM (EST) on Friday, January 28, 2022 with Rev. Kevin McDonald officiating according to Vance Brooks Funeral Home, Phenix City, AL. Interment will follow in Lakeview Memory Gardens. The family will receive friends from 1:00 till 2:00 PM on Friday at the funeral home.
Mrs. Clark was born November 15, 1943 in Salem, IL daughter of the late Louis Holliday and Tommie Jo Roach Holliday. She had retired from Toms Foods as a Packer after several years. Mrs. Clark was an avid Patsy Cline, Loretta Lynn and Elvis fan. She found great enjoyment in their music. We will miss her in our daily routine, but she will always be in our hearts.
Mrs. Clark was preceded in death by her parents; her husband, David E. Clark; a brother-in-law, Arthur Olan Clark.
Survivors include her two sons, David Louis Clark and Kevin O. Clark both of Phenix City, AL; several other family members and friends survive.

To leave a condolence, you can first sign into Facebook or fill out the below form with your name and email. [fbl_login_button redirect="https://vancebrooksfuneralhome.net/obituary/joyce-holliday-clark/?modal=light-candle" hide_if_logged="" size="medium" type="login_with" show_face="true"]
×