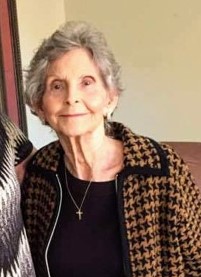 A funeral service will be held at 12:00 noon on Tuesday, January 15, 2019 at Vance Brooks Funeral Home, Columbus, GA with Rev. Brad McDaniel officiating.  A private interment will follow at Ft. Mitchell National Cemetery in Ft. Mitchell, AL.  The family will receive friends Monday evening from 6:00 to 8:00 pm at the funeral home.

Mrs. Ibbotson was born November 28, 1935 in Ballard County, KY, daughter of the late Hubert Matlock and Hattie Morrison Matlock.  She retired from West Central Georgia Regional Hospital after many years of service.  Mrs. Ibbotson was a member of New Beginnings Fellowship Church.  She loved baking and bowling but most of all spending time with her grandchildren.  Mrs. Ibbotson served her community by volunteering at several local nursing homes.

Other than her parents, she was preceded in death by her husband Walter Ibbotson; two brothers, five sisters, a grandson, Ryan Corkron and a son-in-law, Anthony Culberson.

Flowers will be accepted or donations may be made to the Alzheimer’s Association, 225 N Michigan Ave. Floor 17, Chicago, IL 60601.

To leave a condolence, you can first sign into Facebook or fill out the below form with your name and email. [fbl_login_button redirect="https://vancebrooksfuneralhome.net/obituary/joyce-ibbotson/?modal=light-candle" hide_if_logged="" size="medium" type="login_with" show_face="true"]
×