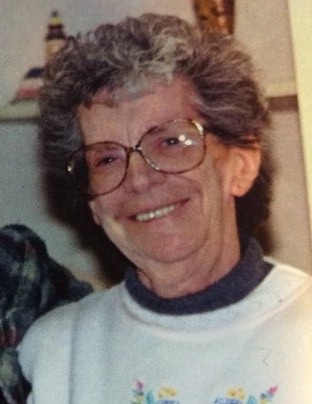 Funeral services will be held at 12:00 am EDT, on Friday, March 16, 2018 at Vance Memorial Chapel, with Pastor J. Michael Koger officiating. Interment will follow at Ft. Benning, Main Post Cemetery.  The family will receive friends Thursday evening from 6:00 until 8:00 pm EDT at the funeral home.

Mrs. Stewart was born on June 5, 1930, in Berea, Ohio daughter of the late William Robertson and Mary Frances Conklin Robertson. She was an artist and was able to attend college on a scholarship because of this gift. She always helped provided for her family, even working at a steel mill for some time. She was a member of Hillside United Methodist Church.

Other than her parents she is preceded in death by her husband, Harry C. Stewart; daughter, Robin Maureen Dimattia; 2 brothers, Glenn Robertson and Everitt Robertson.

To leave a condolence, you can first sign into Facebook or fill out the below form with your name and email. [fbl_login_button redirect="https://vancebrooksfuneralhome.net/obituary/june-faith-stewart/?modal=light-candle" hide_if_logged="" size="medium" type="login_with" show_face="true"]
×