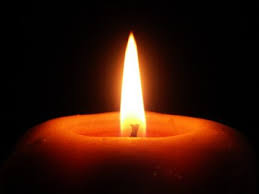 A Celebration of Life will be held at 10 EST, Saturday, September 30 at Midway Baptist Church.

Mr. Allen was born on January 29, 1938, in Blue Ridge, GA, the son of the late Robert Allen and Ruth Key Allen. He served in the United States Air Force. He married Helen Martin and had 2 children. He worked as supervisor over maintenance for over 27 years at Willow Creek Apartments and was a member of Midway Baptist Church.

Other than his parents he is preceded in death by a son, Kenneth Allen, Jr. and a brother, Larry Allen.

Online condolences may be made at vancememorialchapel.net.

To leave a condolence, you can first sign into Facebook or fill out the below form with your name and email. [fbl_login_button redirect="https://vancebrooksfuneralhome.net/obituary/kenneth-eugene-allen/?modal=light-candle" hide_if_logged="" size="medium" type="login_with" show_face="true"]
×