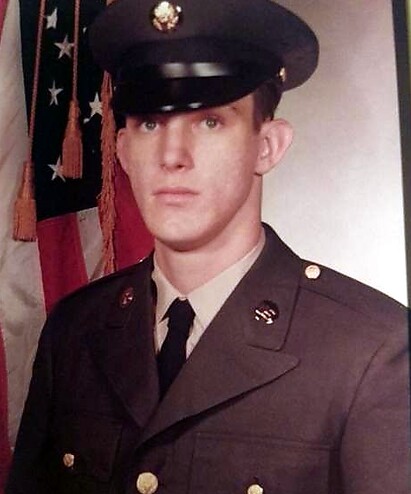 Kenneth Wade Densel, 65, of Phenix City, AL died peacefully while at his home on Monday, October 25, 2021.
Graveside services with U. S. Army honors will be held at Ft. Mitchell National Cemetery at 10:00 AM (EST) on Friday, October 29, 2021 with Rev. Sherry Wade and Rev. Boyd Cochran officiating according to Vance Brooks Funeral Home, Phenix City, AL.
Mr. Densel was born April 27, 1956 in Ft. Benning, GA son of the late Rodney W. Densel and Doris Wade Densel. He proudly served our country in the U. S. Army. Mr. Densel was a machinist by trade working for Pitts Trailer for several years and most recently at Southern Machine and Welding. He loved Alabama Football often enjoying game day fun with family and friends. He was a member of Pierce Chapel Assembly of God. Mr. Densel was a family man who made time with his family a priority especially his grandchildren. We will miss him in our daily routine, but we will cherish his memories in our heart.
Mr. Densel was preceded in death by his parents and a brother, Rodney “Bubba” Densel, Jr.
Survivors include his wife of 44 years, Regina Melton Densel, Phenix City, AL ; two daughters, Crystal Densel Hawkins (Philip), TN and Brenda Densel Dockery (Scott), Salem, AL; brother, Billy Joe Densel; sister-in-law, Wanda Densel; two special grandchildren, Dustin Morrison and Kaitlynn Dockery; numerous nieces, nephews and friends.

To leave a condolence, you can first sign into Facebook or fill out the below form with your name and email. [fbl_login_button redirect="https://vancebrooksfuneralhome.net/obituary/kenneth-wade-densel/?modal=light-candle" hide_if_logged="" size="medium" type="login_with" show_face="true"]
×