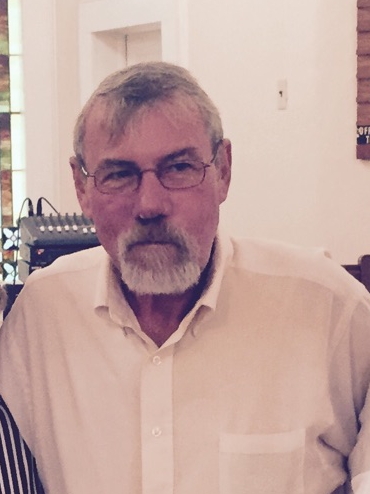 A graveside service will be held 2:00 pm EST Wednesday, September 27, 2017 at Ft. Mitchell National Cemetery, with Pastor Rod Siggers officiating, according to Vance Memorial Chapel.  The family will receive friends Tuesday evening, September 26, 2017 from 6:00 until 8:00 pm EST, at the funeral home.

Mr. Brooks was born April 17, 1950 in LaFayette, AL, son of the late Phillip “Pete” Brooks and Lonida Aikens Brooks.  He retired as a Millwright, working the majority of his career at Uniroyal.  Mr. Brooks also served his country in the United States Marine Corp, where he served a tour of duty in Vietnam.

Other than his parents, he was preceded in death by his wife, Joy Harrelson Brooks, as well as two special uncles, William “Billy’ Brooks and Olin Brooks.

In lieu of flowers, donations may be made to the American Cancer Society at www.cancer.org or the Hospice of your choice in his name.

To leave a condolence, you can first sign into Facebook or fill out the below form with your name and email. [fbl_login_button redirect="https://vancebrooksfuneralhome.net/obituary/lamar-brooks/?modal=light-candle" hide_if_logged="" size="medium" type="login_with" show_face="true"]
×