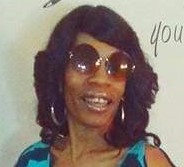 The family will receive friends on Sunday February 10, 2019 from 2:00 till 4:00PM at Vance Brooks Funeral Home, Columbus. A private interment will be held at a later date in Ft. Benning, Main Post Cemetery.

Mrs. Whiters was born December 21, 1969 in Gary, IN, daughter of Loretta Gault and the late George Lee Williams.  She loved and enjoyed working as a Substitute teacher with the Muscogee County and Phenix City School Systems. Mrs. Whiters was a member of the Teal Warriors, who she dearly loved, and the Gamma Lambda Sorority at CSU. We will miss her deeply; however we will forever cherish her memories in our hearts.

To leave a condolence, you can first sign into Facebook or fill out the below form with your name and email. [fbl_login_button redirect="https://vancebrooksfuneralhome.net/obituary/laquita-s-whiters/?modal=light-candle" hide_if_logged="" size="medium" type="login_with" show_face="true"]
×