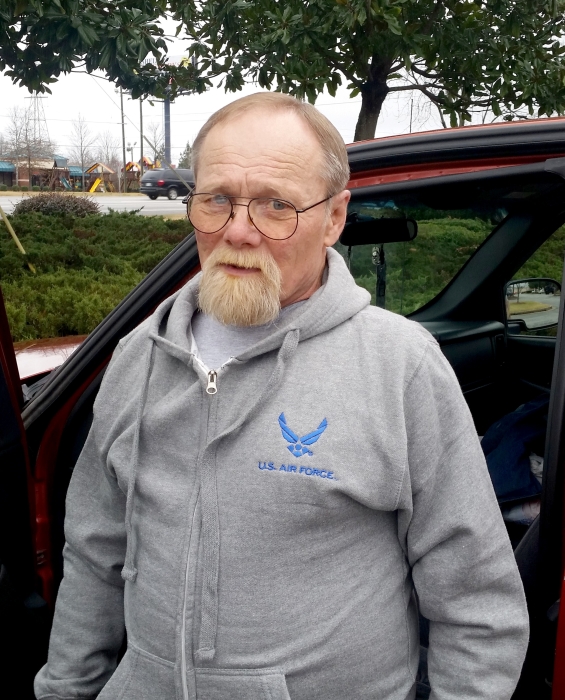 Funeral services will be held at 11:00 AM EST on Monday, June 10, 2019 in the Chapel of Vance Brooks Funeral Home, 3738 US-431, Phenix City, AL. Friends and family may come early for visitation just before the service. (Preferably no solid black attire)

Mr. Hedges was born at Woodlawn Hospital on April 12, 1949 in Rochester, IN son of the late Leo Gilbert Hedges and Mary Lucinda Hinkle Hedges. He joined the Air Force in 1968, met the love of his life, Sherrye Darlene Corbett (Booth) at Fort Campbell, KY in 1970, and they later married on April 7, 1972. Late December of 1972 they moved to Rochester, IN. After living there for several years, they moved to Columbus, GA in 1981. They shared two children together, Cary and April. Larry and Sherrye divorced in 1987 and he never remarried. After various moves, he found his final home in the country with his lifelong family friend, Jimmy Griggs, in Salem, AL.

He was a U.S. Air Force Veteran serving our country proudly during the Vietnam Era. After serving our country he worked for his father’s family business, Hedges Heating & Air in Rochester, IN and then for Holt Service Company in Columbus, GA. Mr. Hedges enjoyed stock car racing, the beach, music and tinkering with anything he could get his hands on. He was a practical joker and had a profound sense of humor. He’d never miss an opportunity to make someone laugh. We will miss his phone calls, jokes, mechanical abilities, giving heart and his presence, but his memories are forever locked in our hearts.

Gone, but not forgotten….

To leave a condolence, you can first sign into Facebook or fill out the below form with your name and email. [fbl_login_button redirect="https://vancebrooksfuneralhome.net/obituary/larry-allan-hedges/?modal=light-candle" hide_if_logged="" size="medium" type="login_with" show_face="true"]
×