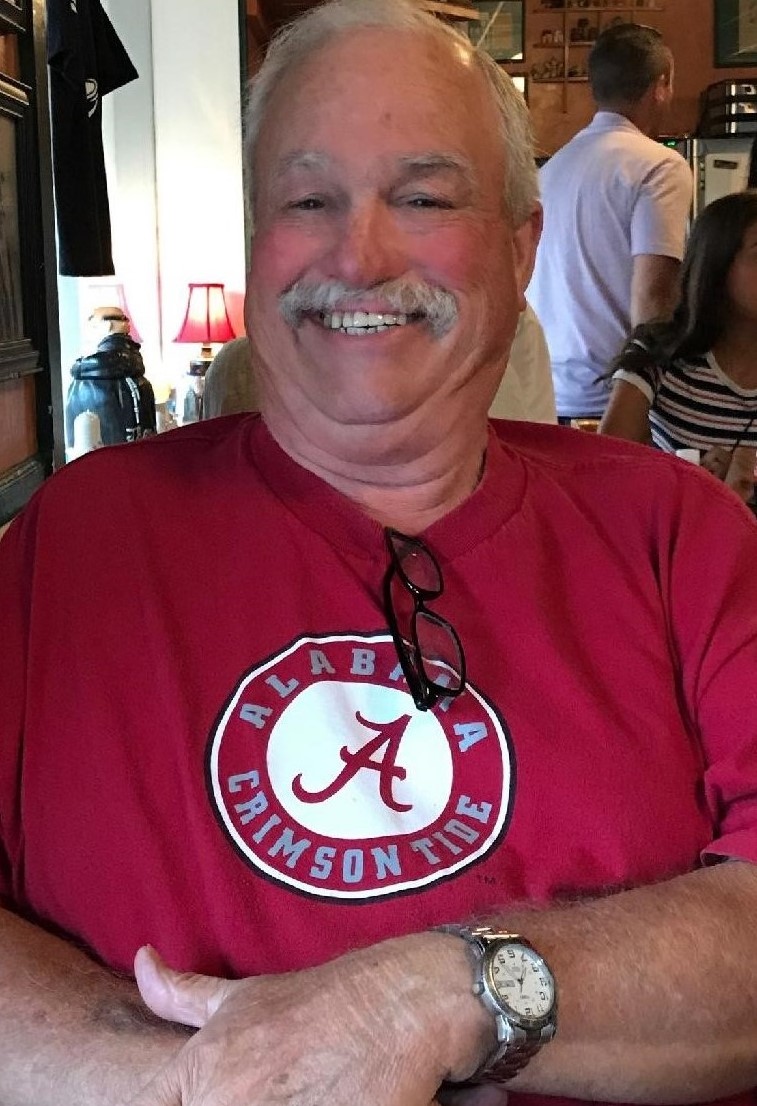 Larry Hightower, age 65, resident of Smiths Station, Alabama, went to be with his Lord and Savior on Monday, November 9, 2020.  Due to the COVID-19 pandemic, private graveside services will be held at Lakeview Memory Gardens. Mr. Hightower, son of Joyce Marie Saggus Hightower and the late Albert Edward Hightower, was born on December 6, 1954 in Phenix City, Alabama. He graduated from Glenwood High School in 1973, where he played football and baseball. Mr. Hightower graduated in 1977 from the University of Alabama with a degree in recreation and worked in recreation for several years. After graduation, he remained a loyal Alabama Crimson Tide football fan.  Even after changing careers, he was often seen at ballfields, coaching and watching games.   Mr. Hightower was a Licensed Practical Nurse caring for patients within the Chattahoochee Valley for the last 37 years and had worked at Cobb Hospital and the Medical Center as well as Encompass Home Health and Amedisys Home Health. He was an active member of Central Baptist Church, where he taught AWANA for over 20 years, was a member of the choir, worked with Upward basketball for many years, and really enjoyed going on mission trips with Builders For Christ.  Mr. Hightower enjoyed trips to the beach, and also looked forward to watching and coaching Little League football and baseball.  He enjoyed coin collecting and gardening; and had a hummingbird fascination.  He enjoyed attending family reunions, visiting light houses, and snow tubing.  Mr. Hightower also had a passion for television game shows such as Jeopardy and Wheel of Fortune.  The family remembers him as a God fearing man; someone that was always there for his family; and a man that everyone enjoyed being around. Besides his father, he was preceded in death by a sister, Angelia Hightower.  He is survived by his wife of 41 years, Carla Hightower of Smiths Station; two sons, Rhett Hightower and his wife Lisa of Phenix City and Brock Hightower and his wife Taylor of Birmingham, Alabama; mother, Joyce Crosby and her husband Lewis of Phenix City; brother, Eddie Hightower and his wife Judy of Smiths Station; one grandson, Bryant Hightower; many other relatives and friends. In lieu of flowers, the family requests contributions  be made to Builders For Christ, c/o Gary Forester, 1911 Holiday Circle, Phenix City, Alabama 36867.

To leave a condolence, you can first sign into Facebook or fill out the below form with your name and email. [fbl_login_button redirect="https://vancebrooksfuneralhome.net/obituary/larry-hightower/?modal=light-candle" hide_if_logged="" size="medium" type="login_with" show_face="true"]
×