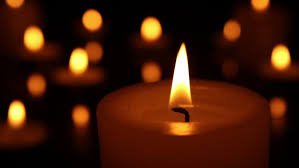 A graveside service will be held 11:00 am EDT on Thursday, June 21, 2018 at Ft. Mitchell National Cemetery with Rev. Billy Duncan officiating.

Mr. Hanks was born December 11, 1919 in Spartanburg, SC to the late Van Buren Hanks and Isabel Blythe Hanks. He was deployed to Europe during WWII as a cook in the US Navy. He never spoke much of these times but like many was forever impacted by the destruction of war. He worked for many years in civil service before retiring and becoming a cook again. “Papa” as he was affectionately called, loved to fish and spend time with his family even helped one of daughters behind the scenes as her cook at several restaurants. Other than his parents, he was preceded in death by his wife Louise.

He is survived by his one sister, several step-children and many extended family members and caring friends

To leave a condolence, you can first sign into Facebook or fill out the below form with your name and email. [fbl_login_button redirect="https://vancebrooksfuneralhome.net/obituary/larry-j-hanks/?modal=light-candle" hide_if_logged="" size="medium" type="login_with" show_face="true"]
×