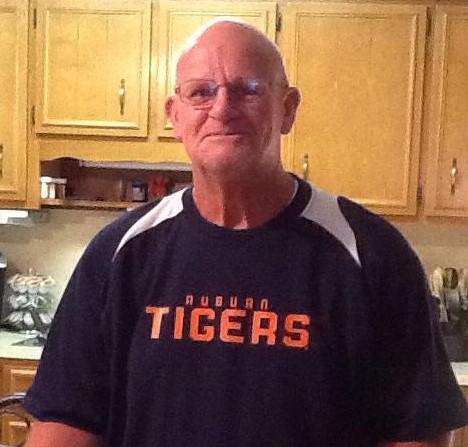 Larry Stringfellow, 64, of Phenix City, Alabama, passed away peacefully on Thursday, July 11, 2019 at Piedmont Hospital in Columbus, GA while surrounded by his loving family.

Funeral Services for Larry will be at 12:00 Noon, on Monday, July 15, 2019 at Vance-Brooks Funeral Home 3738 Highway 431 North Phenix City, with Rev. Andy Rutherford officiating. A private interment will follow at Lakeview Cemetery. The family will receive friends one hour prior to the service at the funeral home.

Other than his wife, Larry is survived by one daughter Shannon Stringfellow; one sister Evelyn Baker of Smiths Station, AL; one brother David (Norma)Stringfellow of Sandstone, MN; one grandson Dustyn Lunceford; several nieces, nephews, family members and a host of friends.

To leave a condolence, you can first sign into Facebook or fill out the below form with your name and email. [fbl_login_button redirect="https://vancebrooksfuneralhome.net/obituary/larry-stringfellow/?modal=light-candle" hide_if_logged="" size="medium" type="login_with" show_face="true"]
×