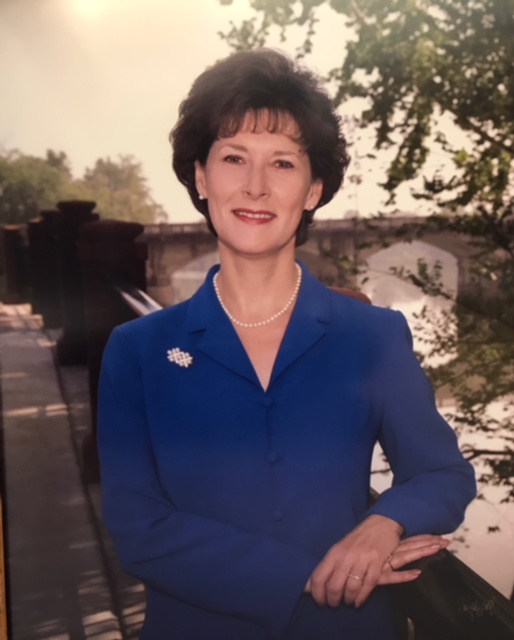 Laurel Blackwell passed away on November 30 at Midtown Medical Center after a brief illness.  After being diagnosed with cancer one year ago, she was cancer free, but succumbed to complications resulting from a pneumonia diagnosis.  Born on August 29, 1953, she was one of five children parented by James and Myrna McLaughlin.  She is survived by her husband, Fred Blackwell of Phenix City, AL and four children; Ken Young of Montgomery, AL and wife Caitlin; daughter Sarah Boutwell and husband Thomas; Fred Blackwell, III of Dothan, AL; and Matt Blackwell and wife Krista of Murfreesboro, Tennessee.  She is also survived by siblings Scott McLaughlin of Davenport, IA; Mary Farley and husband Mike of Ankeny, IA; Ann McClusky of Monticello, IA; and Bill McLaughlin and wife Penny of Monticello, IA.  She also has five grandchildren, Alden, Kruz, Lilly, Blakelyn, and Mattie Grace.

Her life well lived will be celebrated at services on Monday afternoon at 4:00 EST at Epworth United Methodist Church in Phenix City.  Presiding will be Rev. Grant Parker, Rev. Dr. Joe Johnson, and Rev. Jaina Glaze.  The family will receive friends Sunday afternoon from 4-7 EST at Vance Memorial Chapel in Phenix City, AL.  Interment will be in Monticello, Iowa at a later date.

Laurel enjoyed an idyllic upbringing at her childhood farm home of Will-O-Mac in Monticello, Iowa where the seventh generation of McLaughlin children have been raised.  Her ancestors first turned the soil there.  The first non-Native American child born in Jones County, Iowa was a McLaughlin boy.  One of her ancestors was an officer during the Revolutionary War.  She never lost her attachment to the land and will be laid to rest in her family plot in Monticello.

After spending some early career years in the K-12 setting, she found her calling in the community college system, starting as a tutor and eventually retiring as President of Chattahoochee Valley Community College.  She was in her element when working with students.  Dr. Blackwell saw the community college as the place of second chances…a place for dislocated workers, for people on the rebound, for people trying to make a difference in their lives.  Before being appointed President of CVCC, she served as Director of Adult Education at Wallace Community College in Dothan, AL and Director of Workforce Development at Southern Union State Community College in Opelika, AL.

She served on numerous boards and commissions.  She was a board member of Alabama’s first Family Services Center, a former Rotarian, and a former Director of CB&T Bank of East Alabama.  Her work in serving the disadvantaged was recognized by four Governors of Alabama.  Dr. Blackwell was named Dothan Alabama’s first ever Community Leader of the Year in recognition of her contribution to the economic development of the Wiregrass area.  She was also recognized as a Girl Scout Woman of Achievement.  She co-authored Skills for Success, a nationally recognized curriculum designed to help women break the cycle of dependence to become independent.

After retiring from her professional life, she devoted herself to serving God and neighbor in new ways.    She launched Communities of Transformation, a ministry of the United Methodist Church now in nine communities.  This innovative initiative brings together people from every segment of society to elevate families.  She was a certified facilitator for Spiritual Leadership, Inc., an organization that helps identify and develop leaders in faith-based settings and a certified trainer for the Georgia Healthy Marriage Initiative.

Laurel was a shining example of how to build family, a heritage passed on to her from her mother, grandmothers, and great-grandmothers.  She poured herself into her children and grandchildren.  She instilled the values of faith and family and guaranteed the continuation of those values in the next generation.  Through her love and leadership a blended family became one family.  Her deep commitment to these principles extended beyond the immediate family and reached extended family members throughout the country.

Laurel Blackwell was someone who saw potential in others and then helped them realize that potential.  Her contributions were made without flash or fanfare.  Her demeanor was modest.  She was a developer of student potential, a builder of family, a lover of arts and refinement, and an asset to her community.  She will be remembered as a servant leader who reflected the joy of her Savior in every aspect of her life and shared that joy with every person she encountered.

To leave a condolence, you can first sign into Facebook or fill out the below form with your name and email. [fbl_login_button redirect="https://vancebrooksfuneralhome.net/obituary/laurel-blackwell/?modal=light-candle" hide_if_logged="" size="medium" type="login_with" show_face="true"]
×