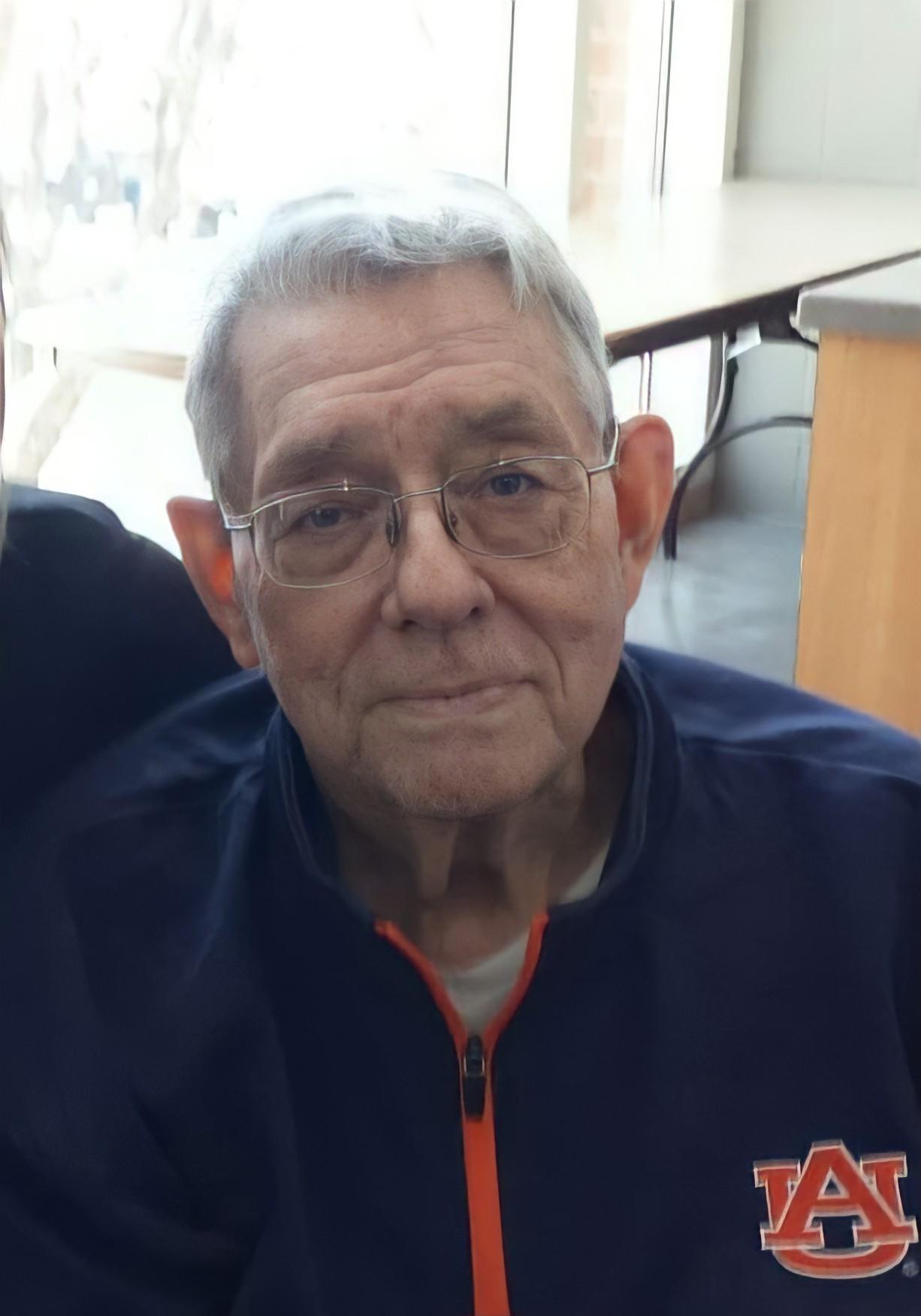 Leon Wesley Wooten, 81, of Phenix City, AL died at Phenix City Health Care, Phenix City, AL on Tuesday, October 19, 2021.
Funeral Services will be held at 11:00 AM on Saturday, October 23, 2021 in the Chapel of Vance Brooks Funeral Home, Phenix City, AL with Rev. Grant Parker and Rev. Charles Keown officiating. Interment will follow in Lakeview Memory Gardens. The family will receive friends from 5:00 till 7:00 PM on Friday at the funeral home.
Mr. Wooten was born October 12, 1940 son of the late Carl Wesley Wooten and Katie Free Wooten. He had retired from Southern Textiles as a Weave Room Supervisor after many dedicated years of service. He was also an active member of Lakewood Baptist Church for many years. His favorite past times were watching the Price Is Right, Auburn Football and the Atlanta Braves and spending time with his grandchildren. Mr. Wooten was a family man and always had a joke to share. We will miss his humor and smile, but he is now in Heaven with his beloved wife and daughter.
In addition to his parents, Mr. Wooten was preceded in death by his wife, Vicki Hearn Wooten, a daughter, Shannon Ava Wooten and a sister, Glenda Thomason.
Survivors include his son, Mark Wooten (Daina), Salem, AL and a daughter, Holli Lahr (Greg), Phenix City, AL; eight grandchildren, Avery, Reilly, Jack Wesley, Hayden, Megan, Mallory, Mason and Travis; one great-grandchild, Kaison; nieces, nephews and other family members.
The family would like to thank Sherry Ginn and the entire staff at Phenix City Health Care for the overwhelming love and care they have shown our dad and family over the last six months. We would also like to thank Columbus Hospice for their role during dad’s final days.

To leave a condolence, you can first sign into Facebook or fill out the below form with your name and email. [fbl_login_button redirect="https://vancebrooksfuneralhome.net/obituary/leon-wooten/?modal=light-candle" hide_if_logged="" size="medium" type="login_with" show_face="true"]
×