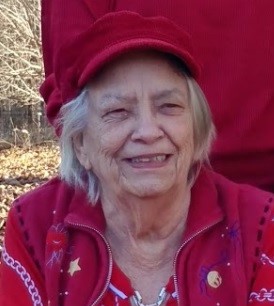 Leurie “Jackie” Roth Cromer, 81, of Columbus, GA passed away on Tuesday, November 19, 2019 at St. Francis Hospital.  A funeral service will be held at Vance Brooks Funeral Home, 4048 Macon Road, Columbus, GA on Monday, December 2, 2019 beginning at 11 am.  The interment will conclude at Riverdale Cemetery.  The family will receive friends on Sunday, December 1, 2019 at Vance Brooks Funeral Home from 6 pm until 8 pm.

Jackie was born on March 31, 1938 in Columbus, GA to the late Neal S. and Leurie Hyson Wynn.  She was employed with the Martin Army Hospital Post Office where she worked as the Postmaster and at ATF Construction in Columbus, GA where she was an Executive Secretary.  Jackie was a proud member of the Bowling Leagues of Columbus, holding the position of secretary and president for many years.  She was a proud member of the Red Hat Society which she enjoyed immensely.  Gardening and bowling were two of her favorite hobbies.  Her favorite times, however, were those spent with her family who she loved and cared for very much.  This precious mother, grandmother, great-grandmother, sister, and friend will be greatly missed by those whose lives she touched.

The family would like to extend a very special and heartfelt thanks to the nurses in the MSICU at St. Francis Hospital.  We are grateful for the utmost professionalism you displayed and the genuine care and compassion you showed our mother and grandmother.

Flowers will be accepted or donations may be made to the American Heart Association at www.heart.org.

To leave a condolence, you can first sign into Facebook or fill out the below form with your name and email. [fbl_login_button redirect="https://vancebrooksfuneralhome.net/obituary/leurie-jackie-roth-cromer/?modal=light-candle" hide_if_logged="" size="medium" type="login_with" show_face="true"]
×