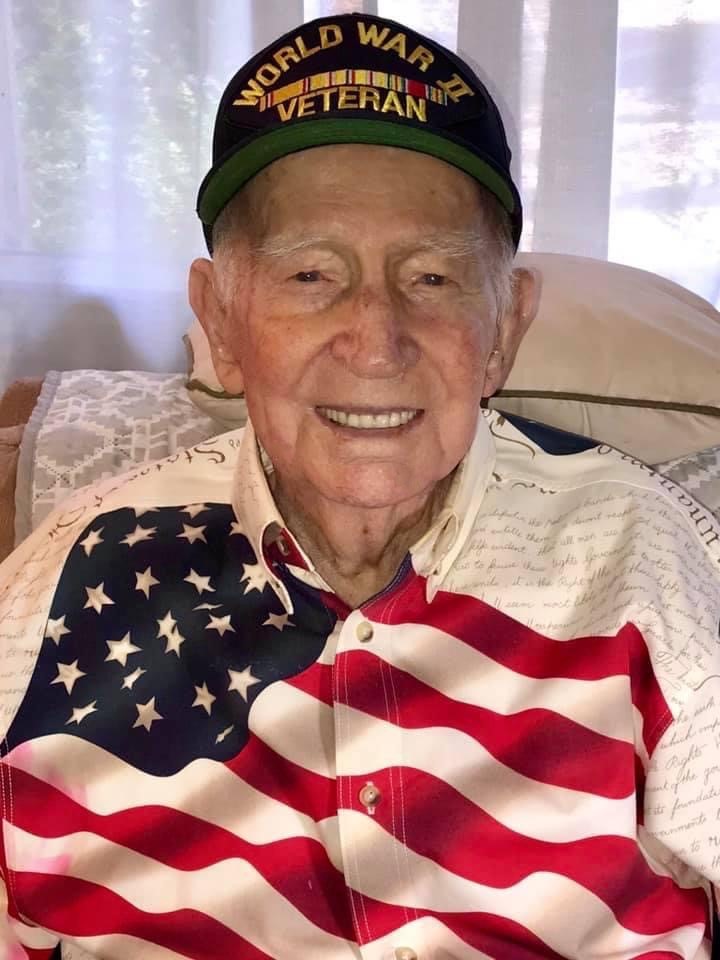 Lomax was born on November 14, 1920 in Black, AL to the late Jim and Nora Austin. He proudly served his country in the United States Army and was a veteran of WWII. After his time in the military, Lomax returned to farming. He later moved to Columbus and worked at Sunshine Biscuits retiring after a long and successful career. Lomax was a gifted musician. He was passionate about playing the fiddle, mandolin, and flat top guitar in his favorite genre of music, Bluegrass. Cutting grass until age 95 and driving his car until age 98 are just two examples of his amazing fortitude and stamina.

Lomax was truly an extraordinary man with an array of talents and abilities which allowed him to touch a multitude of lives. He will be greatly missed by his family, friends, and the congregation of Britt David Baptist Church where he was a longtime member, but he will always hold a very special place in the hearts of those who knew him as a grandaddy, great-grandaddy, and friend.

Other than his parents, Lomax is preceded in death by his wife Ineta Lowery Austin, son Michael L. Austin, and several brothers and sisters.

To leave a condolence, you can first sign into Facebook or fill out the below form with your name and email. [fbl_login_button redirect="https://vancebrooksfuneralhome.net/obituary/lomax-austin/?modal=light-candle" hide_if_logged="" size="medium" type="login_with" show_face="true"]
×