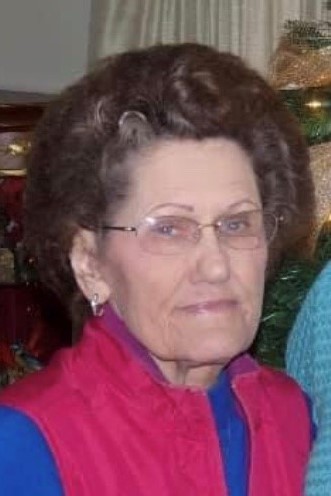 Mrs. Supple, daughter of the late Kinch Hall and Maggie Hughs Hall, was born May 15, 1925, in Bullock County, Alabama. She owned and operated Hurtsboro City Grill for over 38 years. She was a member of First Baptist Church of Hurtsboro. Mrs. Louise loved her family, particularly her grandchildren, and loved the Lord with all her heart. Mrs. Louise enjoyed spending time in her garden and always enjoyed baking cakes for her family and friends. She was also an avid Auburn Tigers football and Atlanta Braves baseball fan. The family remembers her as a lady who was always truthful and treated everyone the same.

In lieu of flowers, the family requests contributions be made to First Baptist Church Hurtsboro, P.O. Box 224, Hurtsboro, Alabama 36860 or the Hurtsboro Cemetery Fund.

To leave a condolence, you can first sign into Facebook or fill out the below form with your name and email. [fbl_login_button redirect="https://vancebrooksfuneralhome.net/obituary/louise-hughes-supple/?modal=light-candle" hide_if_logged="" size="medium" type="login_with" show_face="true"]
×