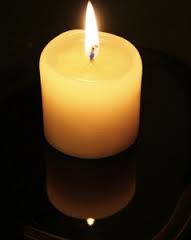 Funeral services will be held at 2:00 pm EST, on Monday, March 27, 2017 at Vance Memorial Chapel.  Interment will follow at Lakeview Memory Gardens.  The family will receive friends one hour before the service at the funeral home.

Other than her parents, she was preceded in death by her son, Charles Gary Jones; 2 brothers, Luther Jenkins Spivey and Willy Spivey and a sister Jessie Mae McConnell.

She is survived by her children, Kenneth Roger Jones, Richard Allen Jones and Linda Gail Hurst; 9 grandchildren, many great-grandchildren and extended family members and caring friends.

To leave a condolence, you can first sign into Facebook or fill out the below form with your name and email. [fbl_login_button redirect="https://vancebrooksfuneralhome.net/obituary/lucile-wilson/?modal=light-candle" hide_if_logged="" size="medium" type="login_with" show_face="true"]
×