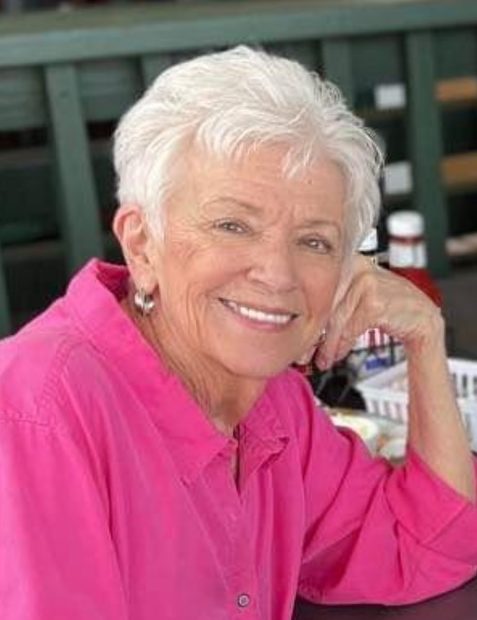 Mrs. Sara Lynne Duke (Hamilton) Taylor of Hamilton, GA passed away November 1, 2022, at her home in Hamilton, GA surrounded by friends and family, holding the hand of her son, Shannon Hamilton.

A memorial service will be held Wednesday, November 9th at Edgewood Baptist in Columbus at 3pm.

Mrs. Taylor was born December 16, 1946, in Atlanta, GA, daughter of the late Grady Duke and Marjorie Gordon Duke. Mrs. Lynne Taylor and her brother Gary followed their parents to military bases across the United States. Lynne graduated from Southwest High School and attended West Georgia College in Carrollton on scholarship where she proudly earned a B.S. and Master’s degree. The current Greek System at the now University of West Georgia was co-founded by Lynne in 1967. For 55 years, tens of thousands for students have benefitted from her vision of sisterhood and brotherhood. Twenty-four sororities and fraternities and a 15 house Greek Village now exist on campus due to her efforts.

During her career she served as the Director of Children Services at the Bradley Center and as the Director of the Anne Elizabeth Shepherd Home. In 1970 as Lynne worked in Social Work, she also worked with a cancer association and Twin Cedars doing fundraisers. In retirement Lynne was celebrated in the community as she volunteered to assist other survivors of breast cancer and remained a big supporter for the Anne Elizabeth Shepherd Home. Lynne was a pillar in the Rotarian community and made an impression on her community as well as the world around her, especially the women in her life.

Lynne’s passions were traveling and spending time with her friends and family, especially being an amazing MiMi to the grandchildren. Lynne is described by family and friends as a prolific Chicos shopper. She was beautiful, hilarious, kind, loving, loyal, determined, dedicated, and a generous woman. Lynne was remarkable, a forward thinker, humanitarian, voracious reader, and always in charge. A charming and characteristic woman, with a natural gift for administration and leadership, Lynne leaves a legacy of compassion and a servant’s heart for children. In her last days, Lynne was surrounded and cared for by her Phi Sigma Delta sisters as well as her many dear friends from the Columbus area.

Other than her parents, she was preceded in death by her husband of 31 years, Lange Taylor, Sr.

Mrs. Taylor is survived by her sons, Shannon Hamilton and wife Stacy of Phenix City, AL and Lange Taylor, Jr. and spouse Jared of Richmond, VA; a daughter, Jodi Hansel and husband Paul of Auburn, AL; a brother, Gary Duke and wife Nancy of Villa Rica, GA as well as their children, Ryan and his wife Alex, their children Dash and Emmie, and Tommy and his wife Tanya and their children Savannah and Autumn; grandchildren, Grady, Luke, Taylor, Lange and Reese; several other extended family and friends.

In lieu of flowers, donations may be made to the Elizabeth Shepherd Home, 751 Double Churches Road, Columbus, GA 31904.

To leave a condolence, you can first sign into Facebook or fill out the below form with your name and email. [fbl_login_button redirect="https://vancebrooksfuneralhome.net/obituary/lynne-taylor/?modal=light-candle" hide_if_logged="" size="medium" type="login_with" show_face="true"]
×