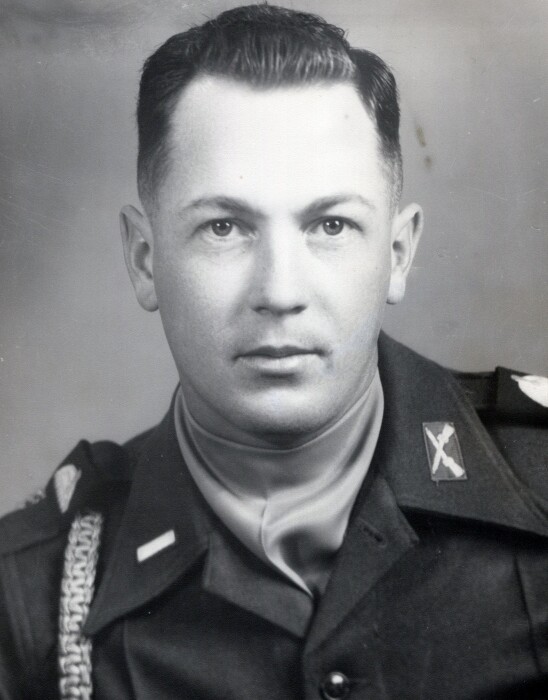 MAJ Hall, son of the late Leslie Hall and Lela McCarter Hall, was born May 24, 1936 in Pennington, Minnesota. After graduating from High School, he enlisted in the U.S. Army in 1952.  Excelling in the military, in 1959 he graduated OCS becoming an officer and he became a fixed wing and helicopter pilot.  MAJ Hall then served two tours in Vietnam and one tour in Korea.  Because of MAJ Hall’s exemplary service, he became a regular commissioned officer and transitioned into Strategic Warfare Intelligence.  During his military career he received numerous ribbons and medals to include the Legion of Merit, Air Medal, Bronze Star (1OLC), Meritorious Service Medal, and Vietnam Service Medal.  He retired from the U.S. Army in 1977 and began working as a Contract Pilot Instructor at Fort Rucker, which later became a civil service position.

MAJ Hall was a member of the Newton Masonic Lodge #224.  He loved spending time with his family, loved animals, and enjoyed camping, beach trips, and travel, and particularly enjoyed trips to New Orleans where he researched the history of the building architecture.  The family remembers him as a man full of kindness, integrity, and love for his family.

Besides his parents, he was preceded in death by his first wife, Dorothy Brown Hall and his second wife, Sonia Cook Hall; two brothers, Charles Hall and Robert Hall; and one sister, Betty Haugen.

To leave a condolence, you can first sign into Facebook or fill out the below form with your name and email. [fbl_login_button redirect="https://vancebrooksfuneralhome.net/obituary/maj-ret-george-r-hall/?modal=light-candle" hide_if_logged="" size="medium" type="login_with" show_face="true"]
×