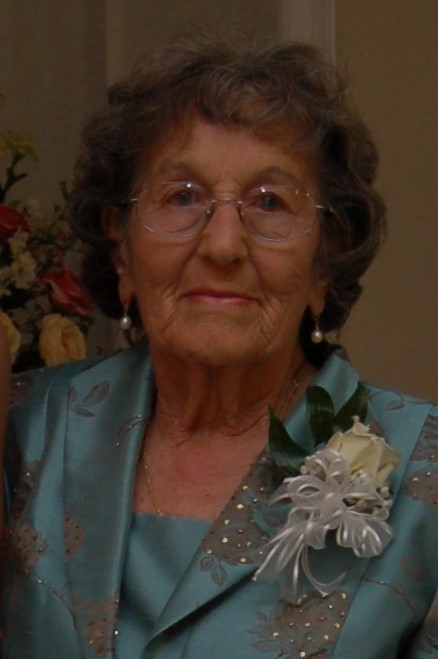 Annie Marie Jenkins, 94, passed into the presence of Jesus on Thursday, November 5th at her home in Athens, AL. A graveside service will be held at Lakeview Memory Gardens in Phenix City, AL on Monday, November 9th at 12:00 pm.

Marie was born on January 18th, 1926 in Uttlau, Germany to Ludwig and Berta Anthofer.  She was the oldest of six children. In 1947, she moved to Phenix City, AL  to marry the love of her life, Walter Jenkins. She was a loving, devoted wife, mother, grandmother, sister, aunt, and friend.

She is preceded in death by her husband Walter, her mother and father, two brothers and a sister. She is survived by her three children Cathy Rogers (Jimmy) of Athens, AL, Marleen Walters (Bob) of Cocoa, FL, and Ricky Jenkins (Lauren) of Cottonton, AL, two sisters Theresia Crosby (James) of Woodbury, NJ and Elfride Schirrman (Kurt) of Germany, five grandchildren, ten great grandchildren, and several nieces and nephews.

To leave a condolence, you can first sign into Facebook or fill out the below form with your name and email. [fbl_login_button redirect="https://vancebrooksfuneralhome.net/obituary/marie-jenkins/?modal=light-candle" hide_if_logged="" size="medium" type="login_with" show_face="true"]
×