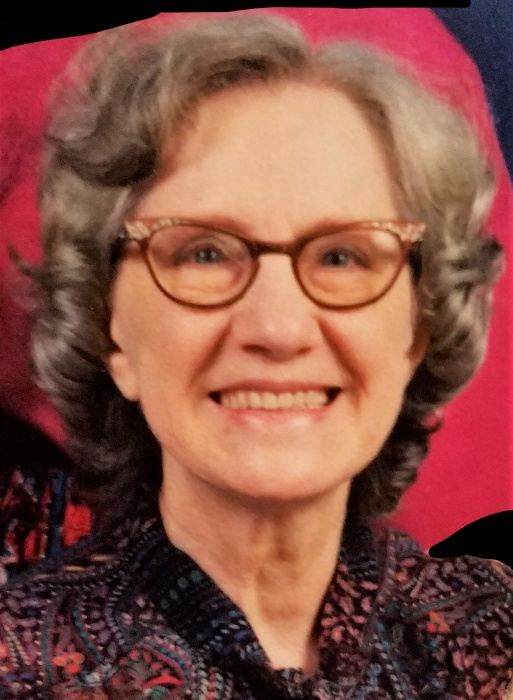 On Christmas Eve, 12-24-17, Marilyn Railey, known to family and friends as “Jo,” died peacefully in her sleep in her home in Phenix City, Alabama.  Jo had the joy of seeing Jesus face-to-face and celebrating Christmas in Heaven with her husband, Herman, and her daughter, Penny, along with many other family and friends.  “For the King himself…is taking her hand, dear, tired little girl, and is leading her into Heaven.”

Jo is lovingly remembered by her daughters, Bonnie Railey and Karen (Joey) Garza.  She is also graciously remembered by her three granddaughters who walk the face of the earth because of Jo’s life.  Her precious granddaughters are Penny Garza, Jennifer (Antoine) Hickey, and Esther (Shay) Hicks; two live in Texas and one in Colorado.  Jo’s life also yielded two great granddaughters, Taiya Jo (3 yo) and Maylee Jae (7 mo) Hickey.  Maylee even has Jo’s blue eyes.  Jo is also survived by her nephew Bobby, niece-in-law Glenda, and their children Andy (Rebecca) and Amanda (Johnny), as well as a great grand niece, plus one on the way, and nephew Derrill Boone.  There are also many cousins and extended family scattered around the area and Glenda’s family, the Richards that became Jo’s family, along with a niece in Andalusia, Norma Jean Gavras.

Rebecca Jo is the name her maternal grandfather called her because he liked the name and he shortened it to Jo.  He helped raise her and was her absolute favorite person in the world, so the name stuck.  In fact, when Jo went to school in first grade, she came home all excited to share with her grandfather that when you go to school you get a new name.  She said it was Marilyn.  Now her grandfather gets to call her Jo again.

Jo was born on September 14, 1932 in Columbus, Georgia, but grew up in Phenix City where she graduated from Central High School.  It was during high school that she met and eloped with Herman on December 9, 1949.  They lived locally for awhile, then went off to Texas where they raised their family.  After Herman retired, they returned to Andalusia, Alabama.  They enjoyed many years with each other until Herman died in 1990 and shortly after that, Jo relocated to Phenix City to be with her daughter, Bonnie, and her mother, so that her life ended where it began.  For the last few years of her life, Bonnie was her primary care giver.  A role Bonnie also filled for her grandmother, Ruth.  Thank you, Bonnie, for your heart of care and for your sacrifice.  You made a difference in the quality of life for both of them and it is greatly appreciated and can never be fully thanked.  Glenda Boone also contributed much time and heart to Jo, especially in the last few years.  Thank you, Glenda.  “Thank you” also goes out to all the family and extended family that made an impact on Jo’s life and her care.  You all made a difference in Jo’s life and in turn her life left a mark on this world by the lives that now live because Jo was here.

A Funeral Service in memory of Jo will be held on Sunday, December 31, 2017 at 2:00 pm EST, at Vance Memorial Chapel, 3738 Highway 431N, Phenix City, AL 36867, with son-in-law, Joey Garza, officiating.  Pall bearers are Joey Garza, Bobby Boone, Kevin Bourgeois, Rusty Gavin, Johnny Finney, and Ricky Ward.  Interment will follow in the family plot where Jo will be laid to rest by her husband and daughter and next to her parents at Ladonia Baptist Church Cemetery, 3789 US Highway 80 W, Phenix City, AL 36870.  The family will receive friends one hour prior to the service on Sunday at the funeral home.  Family and friends will gather at Bobby Boone’s home afterwards to celebrate and remember Jo and her life.

To leave a condolence, you can first sign into Facebook or fill out the below form with your name and email. [fbl_login_button redirect="https://vancebrooksfuneralhome.net/obituary/marilyn-jo-railey/?modal=light-candle" hide_if_logged="" size="medium" type="login_with" show_face="true"]
×