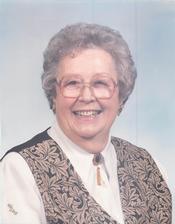 Mary Lehner, 88, passed away on Tuesday, July 16, 2013 at her residence in Columbus, GA. A funeral service will be held on Friday, July 19, 2013 at 12:00 P.M. at Vance-Brooks Funeral Home with Pastor Gerald Tanton officiating. The family will receive friends on Thursday, July 18, 2013 from 6:00 – 8:00 P.M. at the funeral home. Ms. Lehner was born on June 10, 1925 in Graceville, Florida to the late Robert Wade Williams and Nanne Eleanor Grant Williams. Mary attended Florida State College and later became an administrative assistant at the Army Field Printing Plant in Fort Benning, GA. She worked there for over 30 years before retiring. She was a lifetime member of Galilee Methodist Church of Graceville, FL. Mary's greatest joy in life was being with her family who she loved dearly. Ms. Lehner was preceded in death by her parents, her husband Collis D. Lehner, one son Phillip Wayne Davis and one grandson Adam Wade Davis. She is survived by four daughters, Diane Lipscomb, Delanie Scarborough, Donna Alexander (Richard), Lisa Edmonds all of Columbus, GA; one son Jeff Davis (Kathy) of Darien, GA; her brother Emory Williams (Dottie) of Tallahassee, FL; fourteen grandchildren, thirty-five great grandchildren and two great-great grandchildren. In lieu of flowers, memorials can be made to Columbus Hospice at 7020 Moon Rd. Columbus, GA 31909 or St Jude Hospital at 262 Danny Thomas Place Memphis, TN 38105

To leave a condolence, you can first sign into Facebook or fill out the below form with your name and email. [fbl_login_button redirect="https://vancebrooksfuneralhome.net/obituary/mary-grace-lehner/?modal=light-candle" hide_if_logged="" size="medium" type="login_with" show_face="true"]
×