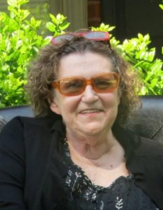 Maxine was born on September 24, 1938 in McKeesport, PA to the late Max and Anna Mae Kupenoski. She was Catholic by faith. Maxine was employed for many years with K-Mart where she served as Manager of the camera and jewelry departments. She enjoyed living life to its fullest and spreading happiness to those around her. Maxine cherished family time and found a great amount of joy watching her children, grandchildren, great-grandchildren, and great-great-grandchildren grow. She will be dearly missed by her family, faithful companion, and friends, but her memory will forever remain in their hearts.

Other than her parents, Maxine is preceded in death by her son, Jamie Paul Crosby, and granddaughter, Brandy Nichole Crosby.

To leave a condolence, you can first sign into Facebook or fill out the below form with your name and email. [fbl_login_button redirect="https://vancebrooksfuneralhome.net/obituary/maxine-janice-crosby/?modal=light-candle" hide_if_logged="" size="medium" type="login_with" show_face="true"]
×