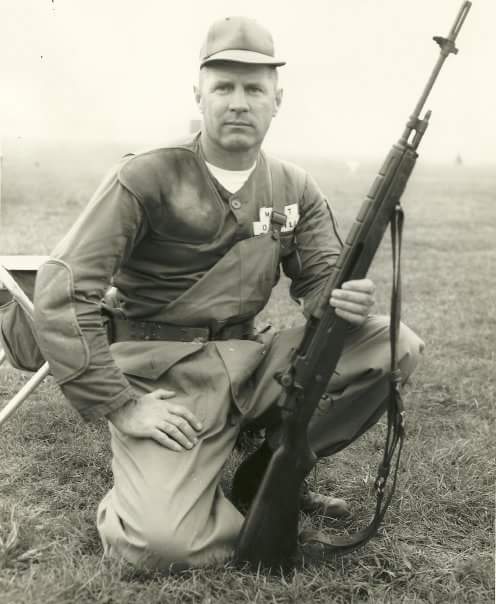 A funeral service will be held at 11:00 am EST on Thursday, January 27, 2022, at Vance Brooks Funeral Home, 3738 Highway 431 North Phenix City, AL 36867, with Rev. Ricky Ward officiating. Interment with military honors, will follow at Lakeview Memory Gardens. The family will receive friends one hour prior to the service at the funeral home.

Mr. O’Neill was born in Rhinelander, Wisconsin, the son of James O’Neill and Ethel Melton. After high school, Mr. O’Neill enlisted in the United States Army where he faithfully served his country for thirty years. During his tenure as a soldier, he achieved the rank of Sergeant Major serving as an airborne ranger and infantryman. CSM O’Neill served in World War II, Korea and Vietnam. During his WWII deployment he fought in the Battle of the Bulge. One of his greatest accomplishments was serving as the rifle team coach at West Point Military Academy which is the position he held upon retirement. After his military career, he enjoyed hunting, fishing, playing golf and gardening. Mr. O’Neill treasured the visits and conversations with his retired military family. Above all, he loved his family and enjoyed spending time with them.

To leave a condolence, you can first sign into Facebook or fill out the below form with your name and email. [fbl_login_button redirect="https://vancebrooksfuneralhome.net/obituary/mr-alfred-j-oneill/?modal=light-candle" hide_if_logged="" size="medium" type="login_with" show_face="true"]
×