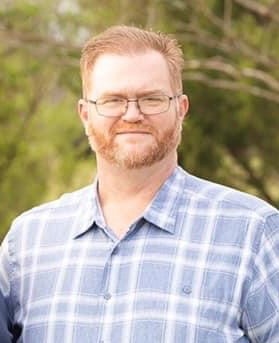 Brian Matthew Roberson, 48, of Smiths Station, Alabama, entered the gates of Heaven where he joined his son Matthew on Wednesday, September 7, 2022.

Brian was born in Columbus, Georgia, the son of Sherry Roberson Jones. Though born in Columbus, Smiths Station, Alabama has always been where he considered home. Brian was very active in the Smiths Station and Ladonia communities and most knew him as being “Coach Brian.” He coached football, softball and baseball for local leagues. He enjoyed collecting Hot Wheel diecast collectables and had a birth year collection for each of his children. Mr. Roberson was also known as “everyone’s Dad” as he always felt the burden to help children who did not have a father figure in their lives. Brian was especially attentive to his wife and supported her in any endeavor she became involved with. He always taught his children to overcome adversity and how to be successful in life. Above all, Mr. Roberson was Christian who at an early age accepted Jesus Christ as his Savior. Brian would tell anyone about Jesus Christ. He has served for the last 17 years as a Deacon for Philadelphia Baptist Church. He also enjoyed music, especially Praise and Worship Music, often singing and performing at church.

Mr. Roberson was preceded in death by his son Matthew Roberson and a special grandmother Annie Ruth Smith.

In lieu of flowers, the family is requesting contribution be made to Philadelphia Baptist Church’s Mission Fund located at 7807 Mullins Road, Smiths Station, AL 36877.  #robersonsdontquit #mrbrianismydad.

To leave a condolence, you can first sign into Facebook or fill out the below form with your name and email. [fbl_login_button redirect="https://vancebrooksfuneralhome.net/obituary/mr-brian-matthew-roberson/?modal=light-candle" hide_if_logged="" size="medium" type="login_with" show_face="true"]
×