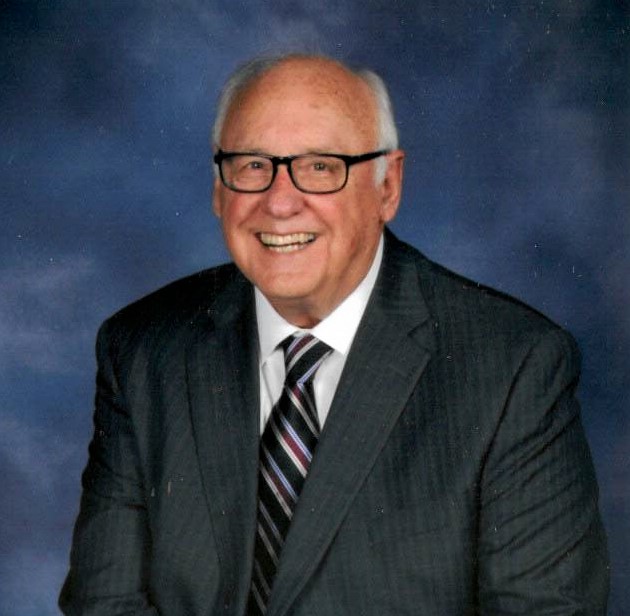 Eddie B. Ezell 88, of Phenix City, Alabama died at home on January 5, 2021.  Funeral services will be held at First Baptist Church of Columbus, GA, 212 Twelfth Street, Columbus, Georgia on Friday, January 8, 11:00 am EST with Dr. James C. Elder officiating. Burial will follow at Parkhill Cemetery, 4161 Macon Road, Columbus, GA according to Vance Brooks Funeral Home.  Visitation will be from 10:00 until 11:00 at the church, prior to the service.

Mr. Ezell was born on June 9, 1932, in Sumter County, Alabama, the son of the late Nina Myree Hearn and John Coleman Ezell.  He was a graduate of the University of Alabama. He was employed at First Federal Savings and Loan Association of Russell County for 36 years, serving as president for 19 years. During these years, Mr. Ezell served as president of the Alabama Savings and Loan League and as a director of the U.S. Savings and Loan League. He was later employed at Phenix-Girard Bank for 5 years until he retired.

Active in civic affairs, Mr. Ezell served as a director on many boards over the years, including the Phenix City-Russell County Chamber of Commerce, Phenix 2000, Phenix City Boys Club, United Way, Cobb Memorial Hospital, and the Association of the United States Army. He was also one of the founders of Glenwood School, Inc. and served on the Board of Trustees. He was a loyal supporter of the The University of Alabama and served as president of the local alumni chapter. As a lifelong Baptist, Mr. Ezell served as a deacon, Sunday School Superintendent, teacher and on numerous committees. He was a Sunday School teacher for over 55 years.

The Gideon ministry was another area of service. Mr. Ezell handed out hundreds of New Testament Bibles to elementary, high school, and college students. He also spoke in churches on behalf of Gideons International.

He was an avid hunter, traveling several states to hunt. His success is evidenced by the number of trophies in his den. Many hours were spent on his tractor at the family farm in Crawford, Alabama. Mr. Ezell played tennis as long as he was physical able. He also spent many enjoyable hours watching his children and grandchildren play sports while in school.

A special thank you to all the wonderful caregivers who faithfully cared for Eddie.

Live streaming available on the church website, firstbaptistcolumbusga.com, open the menu and select “watch us live”.

To leave a condolence, you can first sign into Facebook or fill out the below form with your name and email. [fbl_login_button redirect="https://vancebrooksfuneralhome.net/obituary/mr-eddie-b-ezell/?modal=light-candle" hide_if_logged="" size="medium" type="login_with" show_face="true"]
×