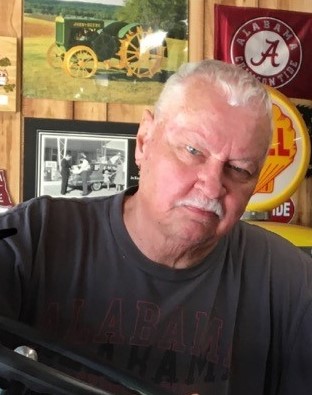 Mr. Thornton was born August 6, 1950 in Columbus, GA son of the late Thomas Gerald Thornton and Joyce Page Thornton.  He was a truck driver for over 41 years working with Callaway Chemical, which later became Vulcan Chemicals.  The last 8 years of his career was self-employed delivering for Wal-Mart.  Mr. Thornton enjoyed working on antique cars and his antique tractor.  He could fix anything and was often referred to as the Ladonia Handyman. Mr. Thornton also enjoyed riding his Harley Davidson in the past, but most of all he loved spending time with his grandchildren.

To leave a condolence, you can first sign into Facebook or fill out the below form with your name and email. [fbl_login_button redirect="https://vancebrooksfuneralhome.net/obituary/mr-gerald-jerry-thornton/?modal=light-candle" hide_if_logged="" size="medium" type="login_with" show_face="true"]
×