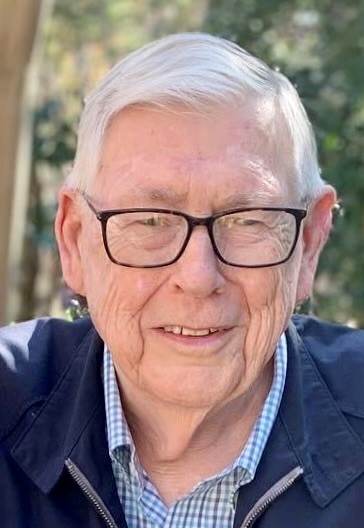 Mr. Bryan, son of the late Cary and Thelma Bryan, was born February 1, 1932, in Union Springs, Alabama. He graduated from Union Springs High School in 1950. Upon graduating high school, Mr. Bryan earned his degree in pharmacy from Auburn University (then known as the Alabama Polytechnic Institute) in 1954.  Throughout his life, Mr. Bryan was an avid Auburn University advocate and a member of Sigma Nu fraternity.

After graduating from API, Mr. Bryan served as an army medic in Germany and thereafter, began his career as a pharmacist in Eufaula, Alabama.  It was there where he met his future wife, Emma Frances Bullen and the two were married in 1958.  After marriage, the newlyweds moved to Phenix City, Alabama where Mr. Bryan opened his own independent pharmacy, Sherwood Pharmacy. The original store was on Fourth Avenue and later moved to Summerville Road where it remained for many years.  Mr. and Mrs. Bryan were blessed with two girls, Nancy, and Mary Frances, who were his pride and joy.  He was an active member of Summerville United Methodist Church where he served in many capacities.

Along with Norman Davis, a mentee and fellow pharmacist, he opened Davis Drugs in Columbus, GA.   In 1978, the pair opened Medical Park Pharmacy near Cobb Memorial Hospital.  After closing Sherwood Pharmacy in 1989, Mr. Bryan worked at Medical Park Pharmacy until his retirement in 1997.  In all he practiced for almost 50 years and during this time, he became known as “Mr. B.”  He was well-loved by his employees as well as his customers, often opening his store after-hours for those in need.  Mr. Bryan enjoyed spending time with and caring for his beloved Frances, traveling and working in his picturesque yard.  He was an excellent conversationalist, lover of books and the ultimate family man.

Memorials may be given to Summerville United Methodist Church, 1201 32nd Street,

To leave a condolence, you can first sign into Facebook or fill out the below form with your name and email. [fbl_login_button redirect="https://vancebrooksfuneralhome.net/obituary/mr-lawrence-lee-bryan/?modal=light-candle" hide_if_logged="" size="medium" type="login_with" show_face="true"]
×