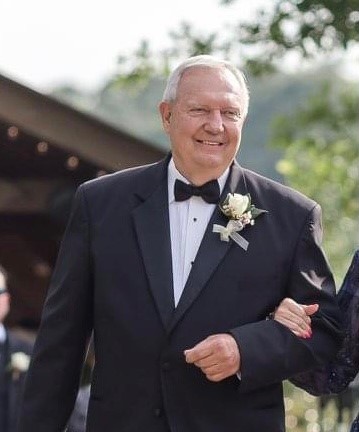 A graveside service will be held 11:00 am (EST) Saturday, January 23, 2021 at Lakeview Memory Gardens in Phenix City, AL with Rev. Grant Parker officiating.  There will be a visitation Friday evening from 6:00 to 8:00 pm (EST), at Vance Brooks Funeral Home in Phenix City, AL.

Mr. Abbott was born June 25, 1942 in Columbus, GA, son of the late Charles Abbott and Elizabeth Purvis Abbott.  After graduating from Auburn University, he worked in banking and pharmaceutical sales.  Later, he opened the Abbott Agency, which he and his wife ran for many years.  Mr. Abbott transitioned into a marketing position in the insurance industry and worked there until his retirement.  After retirement, he worked with CTV Beam and had his own show, Absolutely Outdoors.  Mr. Abbott was a former member of the Jaycees, a former president of the Realtors Association and a long time member of the Exchange Club.  He enjoyed hunting with his dogs and attending horse shows.  Mr. Abbott was also passionate about raising money for Project Greene Light.  He attended Epworth United Methodist Church.

To leave a condolence, you can first sign into Facebook or fill out the below form with your name and email. [fbl_login_button redirect="https://vancebrooksfuneralhome.net/obituary/mr-steve-abbott/?modal=light-candle" hide_if_logged="" size="medium" type="login_with" show_face="true"]
×