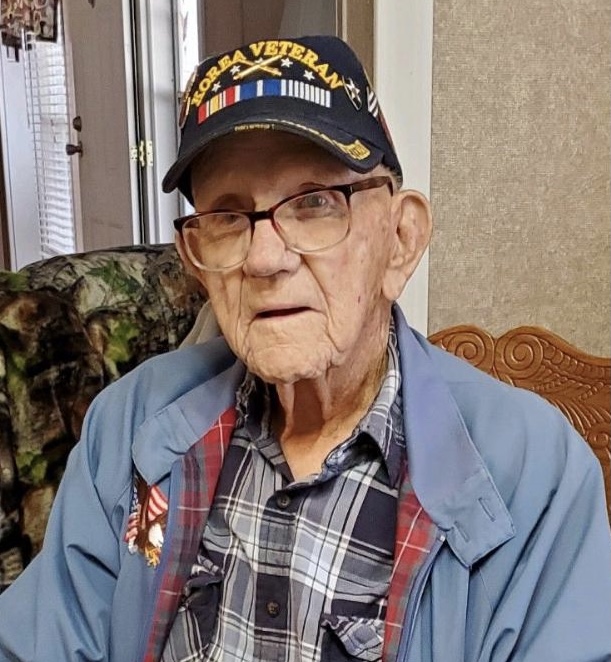 Trusty Layne, 92, of Phenix City, Alabama, passed away peacefully on Friday, November 12, 2021, at his residence while surrounded by his family.

A Funeral Service with military honors will be held at 12:30 pm EST on Wednesday November 17, 2021, at Vance Brooks Funeral Home, 3738 US Highway 431 North Phenix City, AL, with Rev. Ricky Ward Officiating. Interment will follow at Ft. Mitchell National Cemetery. The family will receive friends Tuesday evening from 6-8:00 pm at the funeral home.

Mr. Layne was born in Dickenson County, Virginia the son of Casper Berlon Lane and Julia Vanover Lane. He later enlisted and faithfully served in the United States Army where he was veteran of World War II and the Korean War. Trusty will always be remembered as a True American Soldier. He was a member of Grace Freewill Baptist Church.

Mr. Layne was preceded in death by his first wife of 40 years Barbara Layne and his second wife Loyette Layne; two brothers and seven sisters.

The family would like to extend a heart felt “Thank You” to the caregivers of Kindred Hospice and Amada Senior Care for the care and devotion given to their father as he made his journey home. Mr. Layne requested any flowers in his honor, be red, white and blue in color to honor his country.

To leave a condolence, you can first sign into Facebook or fill out the below form with your name and email. [fbl_login_button redirect="https://vancebrooksfuneralhome.net/obituary/mr-trusty-layne/?modal=light-candle" hide_if_logged="" size="medium" type="login_with" show_face="true"]
×