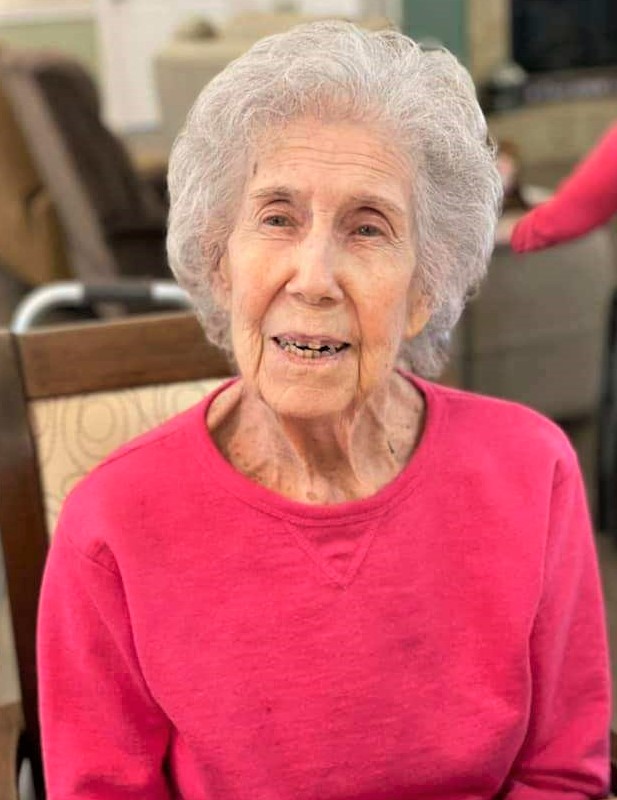 The family will have a private service with Dr. David Kees officiating.

Mrs. Helen Jackson Carpenter Daniel affectionately known as “Mama Joy”, 95, of Smiths Station, AL passed away Friday, January 7, 2022 at the Columbus Hospice House in Columbus, GA surrounded by her family after suffering from a heart attack and a long battle with Alheizmer’s.

There will be a private memorial service for the family officiated by Dr. David Kees.

Mrs. Daniel was born January 31, 1926 in Phenix City, AL, daughter of the late Henry Grady Jackson and Maggie Armstrong Jackson.  She enjoyed cooking and keeping her yard but her greatest joy was that of taking care of her family.  Mrs. Daniel was a long time member of Smiths Station Baptist Church.

The family would like to extend a special acknowledgement to Jessica Vaughn, CNP, and the staff of both the Greenhouse at Calvary and Columbus Hospice for their love and kindness shown to our beloved mother “Mama Joy”.

To leave a condolence, you can first sign into Facebook or fill out the below form with your name and email. [fbl_login_button redirect="https://vancebrooksfuneralhome.net/obituary/mrs-helen-jackson-carpenter-daniel/?modal=light-candle" hide_if_logged="" size="medium" type="login_with" show_face="true"]
×

The family will have a private service with Dr. David Kees officiating.