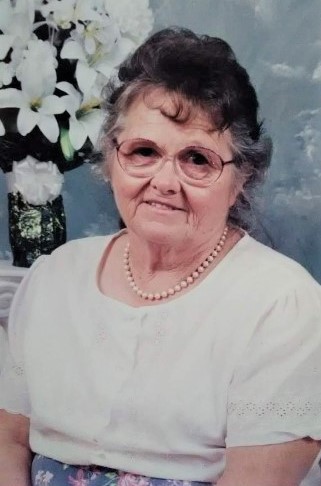 A funeral service is scheduled 2:00 pm Thursday, December 30, 2021, at Vance Brooks Funeral Home in Phenix City, AL with Rev. Emory Evans and Sister Frances Corbin officiating.  A private interment will follow at Crawford Cemetery.  The family will receive friends Wednesday evening from 6:00 until 8:00 pm at the funeral home.

Mrs. Ray was born January 19, 1934 in Josie, AL, daughter of the late David Johnson Williams and Nancy Jane Dease Williams.  After moving to Phenix City, she worked at Tom Houston and later transferred to the Textile Industry at Southern Phenix.  Mrs. Ray enjoyed sewing, tending to her flowers and crafts, as well as, spending time with her family.  She was a long time member of Faith Temple Assembly of God church.

Condolences may be offered at www.vancebrooksfuneralhome.net

To leave a condolence, you can first sign into Facebook or fill out the below form with your name and email. [fbl_login_button redirect="https://vancebrooksfuneralhome.net/obituary/mrs-mattie-frances-williams-ray/?modal=light-candle" hide_if_logged="" size="medium" type="login_with" show_face="true"]
×