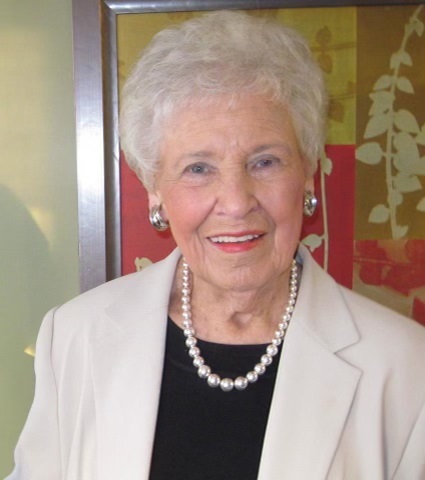 Myrtle Statham Smoke Harden, 100, of Phenix City, Alabama, left this world and entered into the arms of Jesus on Saturday, February 12, 2022, while residing at Lakewood Senior Living facility in Smiths Station, Alabama.

A Funeral Service will be held at 2:00 PM EST on Tuesday, February 15, 2022, at Summerville Baptist Church, 3500 Summerville Road Phenix City, AL, with Rev. Robb Goodman officiating. A Private Interment will follow at Lakeview Memory Gardens. The family will receive friends from 1:00-2:00 PM at the church. Serving as honorary pallbearers will be residents and staff of Lakewood Senior Living, Active Deacons of Summerville Baptist Church, members of AZO Ladies Club and Adult I Sunday  Sunday School Class members.

Mrs. Harden was born in Birmingham, AL, the daughter of the late Madison C. Statham and Leola Nelson Statham. Mrs. Harden was known as a very outgoing person rarely meeting a stranger. She loved cooking and was in charge of the Wednesday night dinners at Summerville Baptist Church often feeding over 200 people. She also served as the church secretary for over 50 years serving at Summerville Baptist and Westside Baptist which is currently known as Lakewood Baptist. She was a founding member of the AZO Ladies Club and Adult I Ladies Sunday School Class. Above all, she loved spending time with her family, especially her grandchildren and great grandchildren. She was a beloved mother, grandmother and great-grandmother. She served the Lord for more than 80 years and now she has attained her heavenly goal.

In lieu of flowers, the family encourages you to make a donation to the charity of your choice or select one of our favorites: Compassion International, Gideon’s International or United Way.

To leave a condolence, you can first sign into Facebook or fill out the below form with your name and email. [fbl_login_button redirect="https://vancebrooksfuneralhome.net/obituary/mrs-myrtle-statham-smoke-harden/?modal=light-candle" hide_if_logged="" size="medium" type="login_with" show_face="true"]
×