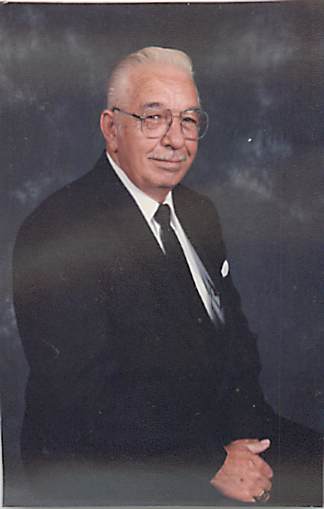 Funeral services will be held on Tuesday, May 16, 2017 at 1:00 pm EDT at Vance Memorial Chapel in Phenix City with Dr. Wayne Scarborough officiating.  Interment with full Military Honors will follow at Fort Mitchell National Cemetery.  The family will receive friends on Tuesday one hour prior to the service at the funeral home.

Mr. Clark was born July 26, 1932 in Phenix City, AL to the late Andrew Jackson Clark, Sr. and Annie J. Hayes Locke.  He served our country and was retired from the United States Army with 24 years of service.  He was a member of the Phenix City Shriners, Wilson Williams Masonic Lodge, the VFW, and the American Legion; he attended Evangel Temple Assembly of God Church.  Jack enjoyed watching western movies, the Atlanta Braves, and the Alabama Crimson Tide while sometimes enjoying Blue Bell Ice Cream, Whoppers Malted Milk Balls, and his cheese cake.  He was also preceded in death by his step-father, Charles Bernard Locke, Sr., who loved and raised him as his own son, and two sisters, Opal Clark Martinez, and Marie Clark.

In lieu of flowers, donations are requested to Boys Town 14100 Crawford St. Boys Town, NE 68010 or the East Alabama Humane Society in Phenix City.  Online condolences may be shared at www.vancememorialchapel.net

To leave a condolence, you can first sign into Facebook or fill out the below form with your name and email. [fbl_login_button redirect="https://vancebrooksfuneralhome.net/obituary/msg-retired-andrew-jack-jackson-clark-jr/?modal=light-candle" hide_if_logged="" size="medium" type="login_with" show_face="true"]
×