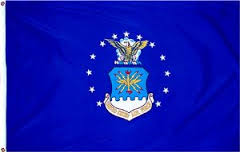 Funeral services will be held at 1:00 pm EDT on Thursday, May 25, 2017 at Crawford United Methodist Church with Rev. Mike Koger officiating.  Interment with Military honors and Masonic Rites will follow at Fort Mitchell National Cemetery.  The family will receive friends Wednesday evening from 6:00 to 8:00 pm EDT at Vance Memorial Chapel in Phenix City.

Mr. Meadows was born November 14, 1928 in Kingston, AL to the late W L Meadows and Lunnie Mae Mock Meadows.  He served our country and was a retired Veteran of the United States Air Force with 20 years of service serving during the Korean and Vietnam Wars.  He was a 32nd Degree Mason of the Eola Masonic Lodge, and a member of Crawford United Methodist Church.  After retirement from the United States Air Force, LP enjoyed spending time as a cattle rancher on his farm in the Crawford area.  He loves the outdoors, fishing, and the simple life of a cattle rancher.  Other than his parents, he was preceded in death by two sons, Wesley Meadows and Wayne Meadows, one sister, Fannie Mae Thornton, and three brothers, Bill Meadows, Edgar Meadows, and Alonzo Meadows.

He is survived by his loving wife of 66 years, LTC (Retired) Marjorie Harms Meadows, one daughter, Carol Meadows, a very special friend and neighbor, Richard Seely, all of Seale, AL, a host of nieces, nephews, extended family, church family, and many caring friends.

To leave a condolence, you can first sign into Facebook or fill out the below form with your name and email. [fbl_login_button redirect="https://vancebrooksfuneralhome.net/obituary/msgt-retired-lawrence-lp-p-meadows/?modal=light-candle" hide_if_logged="" size="medium" type="login_with" show_face="true"]
×