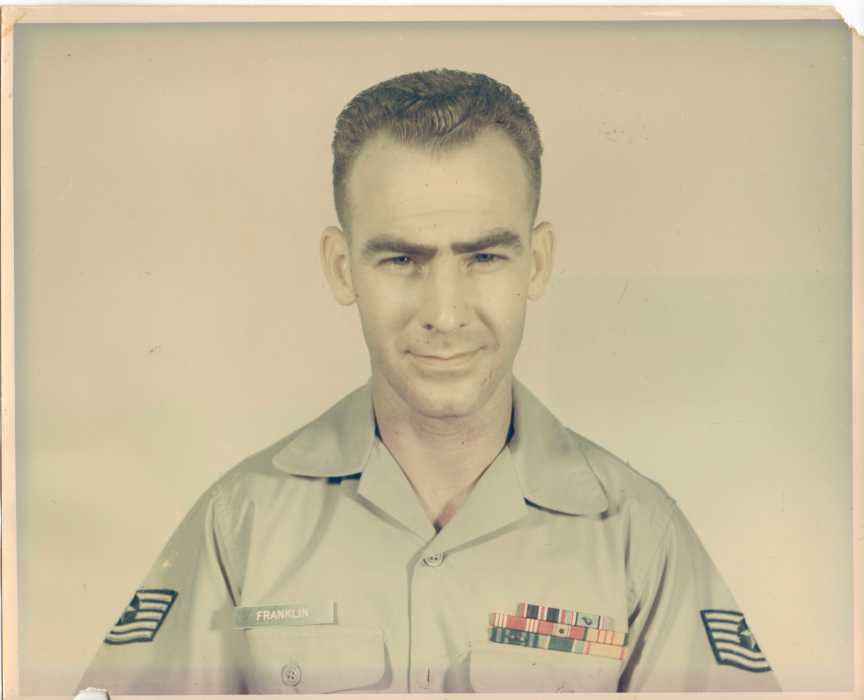 Mr. Franklin, son of the late Homer Carey Franklin, Sr. and Inez Dorman Franklin, was born September 10, 1936 in Fort Mitchell, Alabama.  After high school, he joined the U.S. Navy and later joined the U.S. Air Force, where he honorably served his country with over 22 years of military service.  During his distinguished military career, he served in Japan and many other stateside assignments, and received the Air Force Commendation Medal plus numerous other medals and ribbons during his tenure.  After he retired from the military, he continued his career as a Jet Engine technician, serving as a civilian contractor for over 26 years.

Mr. Franklin was a longtime member of Ladonia Baptist Church, Phenix City, Alabama.  He and his wife enjoyed traveling for many years, especially the Naval military reunions.  Mr. Franklin loved to repair tractors and other equipment, but his greatest enjoyment was spending time with his family.  The family remembers him as a man who helped anyone, a family member or a friend, at any time.

In lieu of flowers, the family requests contributions be made to Ladonia Baptist Church, ATTN:  Building Fund, 3789 US Hwy 80W, Phenix City, Alabama 36869.

To leave a condolence, you can first sign into Facebook or fill out the below form with your name and email. [fbl_login_button redirect="https://vancebrooksfuneralhome.net/obituary/msgt-usaf-ret-homer-bud-franklin-jr/?modal=light-candle" hide_if_logged="" size="medium" type="login_with" show_face="true"]
×