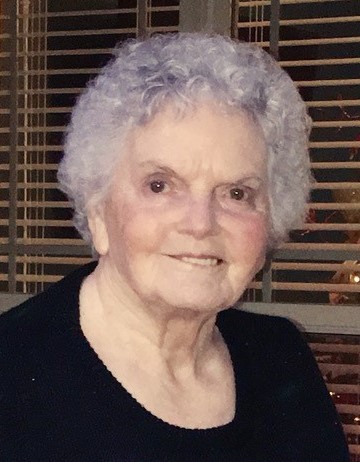 Nellie “Juanita” Temples, 88, of Phenix City, Alabama, passed away at her residence on Sunday, June 12, 2022, while surrounded by her loving family.

A Funeral Service will be held at 11:00 AM EST on Wednesday, June 15, 2022, in the chapel of Vance Brooks Funeral Home, Phenix City, AL with Rev. Clay Duck officiating. A private interment will follow. The family will receive friends from 6:00 -8:00 PM on Tuesday evening, at the funeral home.

In addition to her parents, Ms. Temples was preceded in death by one son Melvin Wayne Temples; five brothers and four sisters.

Ms. Temples was born in Slocumb, Alabama, the daughter of Henry M. Hinson and Cora Moon Hinson. She later moved to Phenix City, AL where she spent most of her adult life. Ms. Temples worked at Swift Spinning Mills until retirement. Later in life she worked in several different capacities at VFW Post #665 in Columbus, GA, a career she truly enjoyed. Her most favorite past time was cooking for family gatherings. Above all, she loved spending time with her family and her beloved pets.

The family will accept flowers or contribution may be made to the Columbus Hospice House in Ms. Temple’s memory.

To leave a condolence, you can first sign into Facebook or fill out the below form with your name and email. [fbl_login_button redirect="https://vancebrooksfuneralhome.net/obituary/nellie-juanita-temples/?modal=light-candle" hide_if_logged="" size="medium" type="login_with" show_face="true"]
×