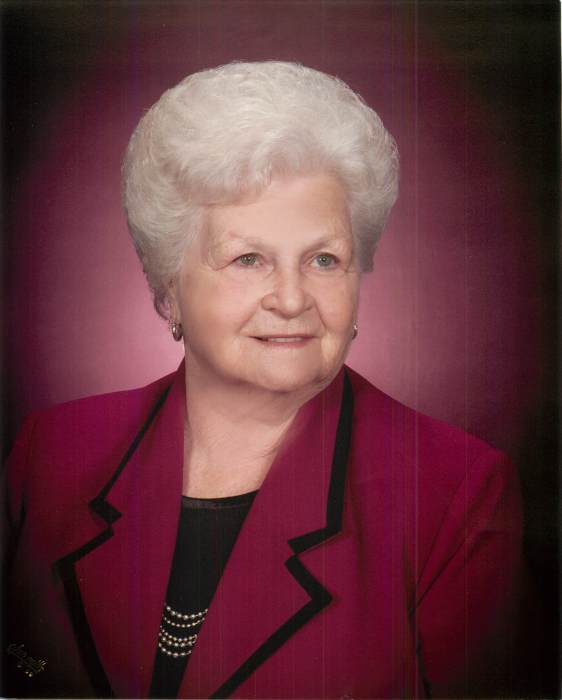 Nellie Vernell Edmonds, 90, of Columbus, GA passed away on Tuesday, October 9, 2018 at her residence.  A celebration of life will be held at Vance-Brooks Funeral Home, 4048 Macon Road, Columbus, GA on Friday, October 12, 2018 beginning at 2:00 p.m. (EST) with Pastor Bill Purvis officiating.  The committal service will take place at Parkhill Cemetery following. The family will receive friends Thursday, October 11, 2018 at Vance-Brooks Funeral Home from 5:00 p.m. until 7:00 p.m. (EST).

Nellie was born on February 17, 1928 in Ozark, AL to the late Charlie and Mattie Tidwell.  She was a homemaker and the matriarch of a very large family whom she loved dearly.  Nellie attended Calvary Baptist Church in her later years but was a member at Fairview Baptist church for most of her life. She worked at Heath’s Styling Salon where she made many friends and regaled everyone about her beloved grandchildren. She enjoyed sewing, bowling, playing the harmonica, and cheering on her favorite team, the Atlanta Braves.

Nellie was a tireless mother of seven children and worked many years at Swift Spinning Mill to support her family. Because money was tight, she and her children did without the finer things, but they never lacked for her love! For 90 years, this amazing woman served others. She had the most tender heart and would do anything to help at any time. She lived at Calvary Community the last 25 years of her life and she took care of so many friends by taking them to doctor’s appointments, shopping for their groceries, and looking after them when they were sick. She was a model of Christ’s sacrificial love. She loved her family fiercely and never wanted to leave them. But her work on earth was completed and her Lord Jesus called her home. John 14:1-3, says “In my Father’s house are many mansions, if it were not so I would have told you. I go to prepare a place for you and if I go and prepare a place for you, I will come again and receive to Myself, that where I am, there you may be also.” Although we will miss her terribly, we are rejoicing that she is now receiving the heavenly rewards for her earthly labors.

To leave a condolence, you can first sign into Facebook or fill out the below form with your name and email. [fbl_login_button redirect="https://vancebrooksfuneralhome.net/obituary/nellie-vernell-edmonds/?modal=light-candle" hide_if_logged="" size="medium" type="login_with" show_face="true"]
×