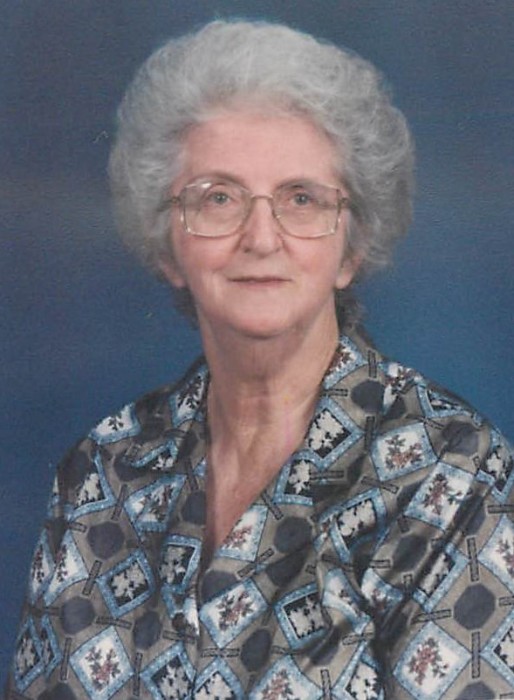 Nona Pauline (Koon) Crookham, was holding her only son’s hand, and surrounded by family, when she passed away on June 26, 2019. Nona was born to Leonard and Beulah Koon on September 11th, in a year that is only known by her, her parents and The Lord.  She was born in and lived most of her life in Phenix City, Alabama and was a member of Hillside United Methodist Church.

Funeral services will be held at 11:00 AM (EST) on Saturday, June 29, 2019 in the Chapel of Vance Brooks Funeral Home, Phenix City, AL, with Rev. Jimmy McClain officiating. The family will receive friends one hour prior to the service at the funeral home.

At the end of one’s life, we hope that there will be someone’s life that was positively impacted, just because they knew us. Nona Crookham was one that shared her unconditional selflessness with her friends, but mostly provided the support to her family that she loved so dearly. Her true love language was showing others that they were treasured by sharing her gift of service with them. She spent countless hours rolling handmade candies, baking goodies, building sandwiches and cooking meals for others in her kitchen. Those that were blessed by her goodness left knowing that she was something very special.

She was a 1945 graduate from Central High School. Then, she worked at the mills in Columbus, GA, and worked as a bookkeeper at Wells Dairy and at Ft. Benning. It was during her years at Ft. Benning that she met a handsome soldier, Hobart Eugene Crookham, known to most as “Gene” or “Pop.”

After years of prayer, Nona was blessed with her son later in life than other Moms, but she spent the rest of her life doing everything that she could to shower her baby boy with comfort, kindness, pride and mostly love. From showing up in her son’s jersey on game day, in the Glenwood cafeteria with other mom’s cheering on her favorite player, to mending his clothes, every step was done with her dedication and love to nurture and raise him to know that she was most of all so proud to be his mother.

After Lenny left home, she then filled her days caring for her many other family members, and was often called on to spoil her niece and nephew, Kim and Brian Koon. She continued sharing her love and gifts with them and their children over the years.  When Lenny decided to get married, Nona embraced his bride and finally had a daughter in Kelly.  She loved her and showered her with the same faithfulness as she did with Lenny.

On February 10, 1994, Nona found a renewed passion that was many more times even greater than she had ever shared before. When her life’s purpose was born, she was totally consumed and devoted to the countless days she spent with her granddaughter, Kellen Elizabeth. Kellen was the sparkle in her Pop and Mimi’s life. Mimi found her greatest joys in Kellen, whether it was cooking, shopping, encouraging, teaching, playing Polly Pockets or watching cartoons with Kellen at every opportunity that she could get. There was no doubt where her heart was. She would take countless pictures, and hang them all over the house for all to see, just to spark conversation so that she could talk about her favorite blessing as often as possible. Her devotion to her only granddaughter followed through Kellen’s years from daycare, through college, into adulthood, and Mimi only stopped showing that love when she drew her last breath. Her world revolved around Lenny, Kelly and Kellen.

In addition to her parents, she is preceded in death by her husband of forty-six years, Hobart Eugene Crookham (“Pop”), her brothers, Benny Carl Koon, Thomas Koon, Billy Koon and Leonard Koon, Jr. She leaves behind the family she loved dearly, son Leonard Eugene “Lenny” Crookham, his wife Kelly (Jordan) and Kellen Elizabeth, as well as, her dear sisters, Ruby (Koon) Tatum, Shirley (Koon) Hines and Lois (Koon) Calloway, as well as, many nieces, nephews and other family members and friends. Special mention and appreciation also, to those that generously loved and cared for her in her later years, D’ann Boutwell and Dawn Hudson.

To leave a condolence, you can first sign into Facebook or fill out the below form with your name and email. [fbl_login_button redirect="https://vancebrooksfuneralhome.net/obituary/nona-pauline-crookham/?modal=light-candle" hide_if_logged="" size="medium" type="login_with" show_face="true"]
×