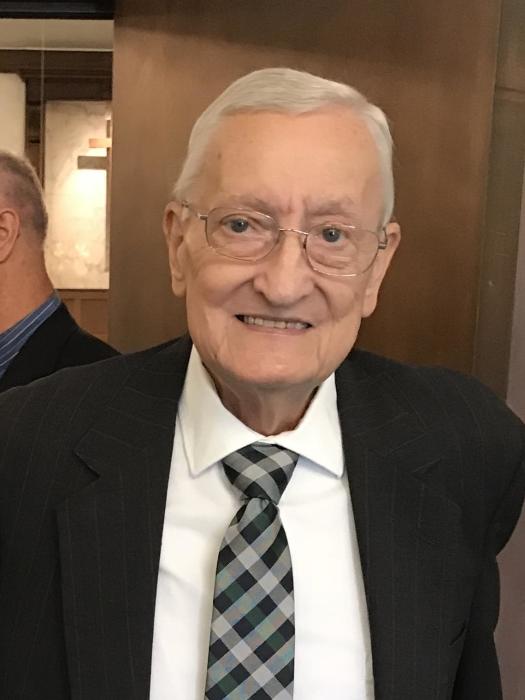 Orion Neal Kindred, 84, a lifetime resident of Phenix City, passed away in his home September 26, 2019 with his family by his side.

Funeral services will be held at 11:00 a.m. on Saturday, September 28, 2019 at First Baptist Church in Phenix City with Reverend F. L. "Bubba" Copeland officiating. Interment will be at Lakeview Memory Gardens and the family will receive friends Saturday, 10:00 until 11:00, one hour before the services at First Baptist.

Neal was born on August 24, 1935 in Phenix City to Orion D. Kindred and Gladys O'Neal Kindred.  He was a 1953 graduate of Central High School in Phenix City and earned his Business Degree from Auburn University in 1960.  He began his career in the printing Department at the Columbus Ledger Enquirer newspaper in Columbus, GA and served Phenix City, AL as City Clerk for 16 years before retiring in 1996.  Neal was a life-long member and Deacon of First Baptist Church in Phenix City and enjoyed time with family and walking with his dear friends at Moon Lake.

Other than his parents he is preceded in death by his beloved wife of 65 years, Christine Huguley Kindred and sister, June Day.

Flowers will be accepted, or donations may be made to First Baptist Church or John B. Amos Cancer Center.

To leave a condolence, you can first sign into Facebook or fill out the below form with your name and email. [fbl_login_button redirect="https://vancebrooksfuneralhome.net/obituary/orion-neal-kindred/?modal=light-candle" hide_if_logged="" size="medium" type="login_with" show_face="true"]
×