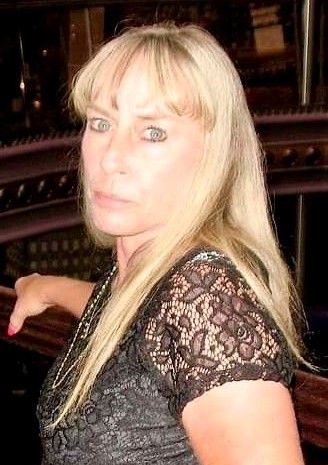 Frances Pam Moody, 55, of Columbus, GA died on Tuesday, March 29, 2022 while at Piedmont, Midtown, Columbus, GA.
Funeral Services will be held at 2:00 PM (EST) on Saturday, April 02, 2022 in the Chapel of Vance Brooks Funeral Home, Phenix City, AL with Rev. Joseph Lewis officiating. The family will receive friends one hour prior to the service on Saturday at the funeral home.
Mrs. Moody was born August 27, 1966 in Tacoma, WA daughter of Frances Lorene Chaffin Farless and the late Fred June Farless. Pam had worked at Remitco and Synovus for many years in Data Process. She then changed careers to become a homemaker, a job that she loved because of the time it allowed her with her family, especially the grandchildren! They were her world. Pam loved her family, but animals were a close second. She never met a stray that she did not try to help. Pam enjoyed the beach and time there with her family. She was full of spirit and commitment to family, traits that we will always cherish as we remember her.
Pam was preceded in death by her father, Fred June Farless.
Survivors other than her mom, Frances Lorene Farless; include her husband, Aaron Moody, Columbus, GA; five children, Shaun Deal (Lexi), Jeremy Moody, Aaron Allen (Melissa), Amanda Nicole Allen and Allen Moody; two brothers, Fred Michael Farless (Jeannine) and Floyd Jeffrey Farless (Jessica); eight grandchildren, Emma, Jacob, Joey, Zoe, Leilani, Harley, Zamora and Zachary; and one on the way, little Harper; mother-in-law, Reba Gilbert; numerous nieces, nephews and close friends.
Flowers will be accepted or donations may be made in her memory to your favorite no kill animal shelter.

To leave a condolence, you can first sign into Facebook or fill out the below form with your name and email. [fbl_login_button redirect="https://vancebrooksfuneralhome.net/obituary/pam-moody/?modal=light-candle" hide_if_logged="" size="medium" type="login_with" show_face="true"]
×