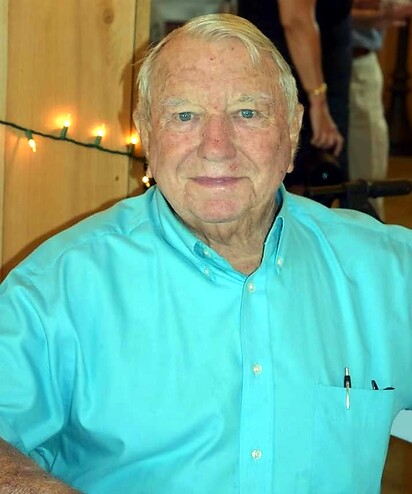 Funeral Services will be held at 11:30 AM (EST) on Friday, January 27, 2023 in the Chapel of Vance Brooks Funeral Home, Phenix City with Reverend Robb Goodman officiating. Interment with U. S. Army Honors will follow in Ft. Mitchell National Cemetery. The family will receive friends on Thursday, January 26, 2023 from 6:00 till 8:00 PM (EST) at the funeral home.

Mr. Wuestney was born August 31, 1935 in Meridian, MS son of the late Paul Wuestney and Mary Helms Wuestney. He had retired from the U. S. Army as a SFC after 23 years of distinguished service. He served two tours in Viet Nam receiving the Purple Heart, along with other commendations and awards. Mr. Wuestney was also a former member of Moose Lodge # 1876 in Phenix City, AL. He was also an active member of Summerville Baptist Church where he was a Deacon, worked in the Food Closet, helped with VBS and sang in the choir. Always an industrious man, he enjoyed fishing and playing golf. In fact, he loved golf so much he made custom clubs for himself and others. Since he was from Mississippi, he was a Mississippi State Bulldog fan, but he would pull for Alabama from time to time. Being with his grandchildren and great-grandchildren brought great joy to him, and he spent many hours of enjoyment at ballfields and various other events that involved them.  He led his family by example in his Christian faith, hard work and commitment to family. The solid foundation he has laid will continue to be built upon by us and future generations to come.

Mr. Wuestney was preceded in death by his parents, Paul and Mary Wuestney; two sisters and one brother.

In lieu of flowers the family requests donations be made in his memory to, Wounded Warriors Project, support.woundedwarriorproject.org .

To leave a condolence, you can first sign into Facebook or fill out the below form with your name and email. [fbl_login_button redirect="https://vancebrooksfuneralhome.net/obituary/paul-ray-wuestney/?modal=light-candle" hide_if_logged="" size="medium" type="login_with" show_face="true"]
×