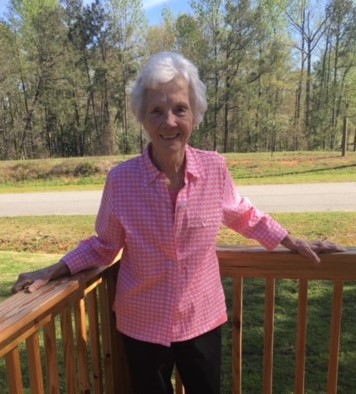 Funeral services will be held 11:00 am EDT, Tuesday, August 14, 2018 at Vance Memorial Chapel, with Rev. Randy Comer officiating. Interment will follow at Lakeview Memory Gardens.  The family will receive friends Tuesday morning from 10:00 until 11:00 am EDT, one hour prior to the service, at the funeral home.

Mrs. Ganus was born on December 18, 1931, in Phenix City, AL, daughter of the late Ivy B. Newsome and Rosie Bell Wade Newsome.  She retired from Sunshine Biscuit, with over 34 years of service.  Mrs. Ganus was a member of River of Life Church.  She enjoyed sewing and loved her family, especially her grandchildren and great-grandchildren.

Other than her parents she is preceded in death by her husband, Marvin Jackson Ganus; two sisters and two brothers.

The family wishes to extend a special thank you to a sister, Maxine Hunter and a sister-in-law, Fay Newsome, for all of their loving care.

To leave a condolence, you can first sign into Facebook or fill out the below form with your name and email. [fbl_login_button redirect="https://vancebrooksfuneralhome.net/obituary/pauline-goose-ganus/?modal=light-candle" hide_if_logged="" size="medium" type="login_with" show_face="true"]
×