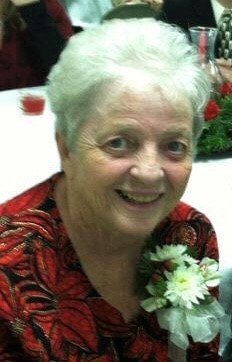 Peggy Roberts Barnes, 78, of Phenix City, AL died at East Alabama Medical Center, Opelika, AL on Wednesday, February 03, 2021.
Funeral Services will be held at 11:00 AM (EST) Tuesday, February 09, 2021 in the Chapel of Vance Brooks Funeral Home, Phenix City, AL with Rev. Mark Hudson officiating. A special tribute will be given by Rev. Donny Brown and Tim Frost. A private interment will follow in Lakeview Memory Gardens. The family will receive friends one hour prior to the service at the funeral home.
Mrs. Barnes was born May 07, 1942 in Phenix City, AL daughter of the late Arthur Allen (A.A.) Roberts and Aggie Lee Harrell Roberts. She was a member of North Phenix Baptist Church where she served in numerous ministries. Mrs. Barnes retired as the Office Manager for Dr. Jack Blalock, and then joined Cascade Hills as an Assistant in the Pastoral Care Ministry. During her working career she was active in numerous professional associations and societies, however to her family she was a loving wife, mother, grandmother, and great- grandmother. She was a devoted wife of 60 years and they were very rarely seen without each other. She never met a stranger and was well known as an encourager and sincere prayer warrior. She shared encouraging words and prayers from her heart with all her many friends on Facebook. She made it a priority to attend any event involving her grandchildren or great-grandchildren. We will remember her as a “giver” and “encourager”, two gifts that will continue to impact us going forward.
Mrs. Barnes was preceded in death by her parents and three siblings, Billie Austin, Gene Roberts and A.A. Chuck Roberts; two special sisters-in-law, Peggy Dennis Roberts and Dorothy Roberts.
Survivors include her husband of 60 years, William Ancil Barnes, Phenix City, AL; daughter Leane Barnes Skinner (Kenneth “Duke”), Phenix City, AL; four grandchildren, Blake Skinner (Lacey), Eric Skinner, Kalyn Hunt (Cameron), and Marc Skinner (Ashton); seven precious great-grandchildren, Dalton and Bailey Kate Skinner, Ella Grace and McKinley Skinner and Presley, Parker and Barrett Hunt; brother, James (Slick) Roberts, Morgan City, LA; brother-in-law, Dennis Austin; several nieces and nephews that she loved like her own; and other close friends.

To leave a condolence, you can first sign into Facebook or fill out the below form with your name and email. [fbl_login_button redirect="https://vancebrooksfuneralhome.net/obituary/peggy-roberts-barnes/?modal=light-candle" hide_if_logged="" size="medium" type="login_with" show_face="true"]
×