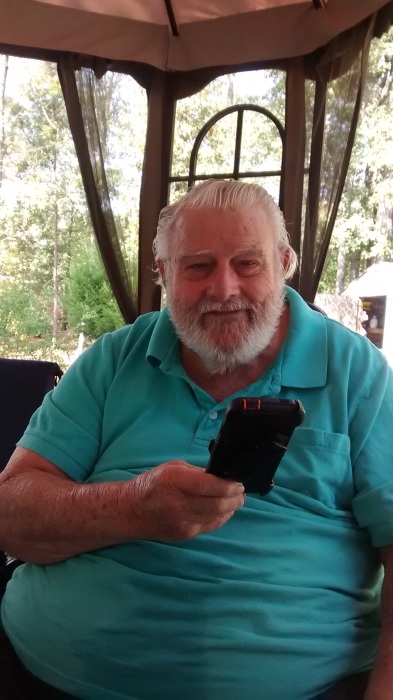 Funeral services will be held 3:00 pm EST Sunday, February 4, 2018 at Vance Memorial Chapel in Phenix City with Rev. Olivia Poole and Major Earl Rawlings officiating.  Interment with Military Honors will follow at 2:30 pm EST on Friday, February 9, 2018 at Fort Mitchell National Cemetery.  Everyone who would like to attend services at Ft. Mitchell National Cemetery on Friday is ask to meet at Vance Memorial Chapel in Phenix City by 1:45 pm EST and depart by 2:00 pm to Ft. Mitchell National.  The family will receive friends on Sunday, February 4th, one hour prior to the service at the funeral home.

Ray was born April 25, 1934 in Danville, VA to the late Edgar Hall and Frances Atkinson Hall.  He was the owner / operator of Backhoe Specialist Earth Moving Service.  He was the former owner of Hall’s Wholesale Nursery, and served as a contributor of plants and services to schools, churches, Habitat for Humanity.  He was a member of the VFW, and the American Legion.  Mr. Hall served our country proudly, serving in Korea and Vietnam Wars and retired as a Captain in the United States Army.  His dedication to country earned him numerous medals and awards including the Purple Heart.  He was a member of Mt. Zion United Methodist Church in Smiths Station.  Other than his parents, he was preceded in death by his wife, Norma Kidd Hall, and a son, Raymond Langston Hall, Jr.

To leave a condolence, you can first sign into Facebook or fill out the below form with your name and email. [fbl_login_button redirect="https://vancebrooksfuneralhome.net/obituary/raymond-ray-langston-hall/?modal=light-candle" hide_if_logged="" size="medium" type="login_with" show_face="true"]
×